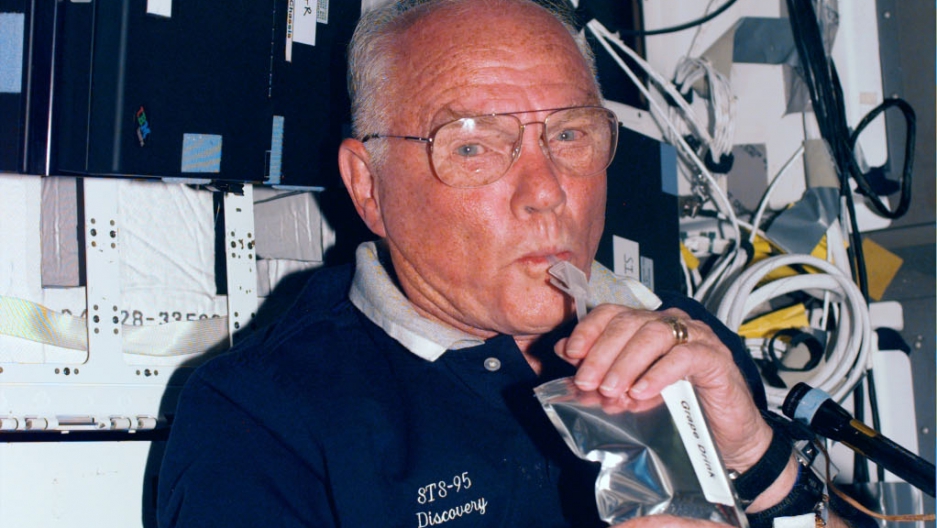 A drink designed by NASA to help astronauts deal with large amounts of radiation outside the Earth's atmosphere was found to reduce the signs of aging in a study.

AS10 is believed to improve the skin due to the large quantities of antioxidants that halt oxidative stress and allow the skin to heal more quickly.

“The skin is the first body tissue to be exposed to UV rays and we know it is sensitive to oxidative stress,” said Aaron Barson, a nutritional scientist at the University of Utah, according to the New York Daily News.

“Our study shows it greatly benefits from a reduction in this stress. The effects of oxidative stress on the skin can be quickly modified and the skin can heal itself by drinking AS10."

The drink is a concoction of some of the healthiest, most antioxidant, phytochemical-rich food in the world.

According to the Daily Mail, the fruit drink contains cupuacu, acai, acerola, prickly pear, yumberry, grape, green tea and pomegranate, among other ingredients.

The study, at the University of Utah, looked at 180 participants who had skin damage due to radiation from the sun.

The Daily News reported that after four months of drinking two shots of the drink per day, UV blemishes had been reduced by 30 percent and wrinkles by 17 percent.

According to PTI, antioxidants, like those in AS10, attach themselves to "free radicals" and can even stop them before they do damage to the skin.