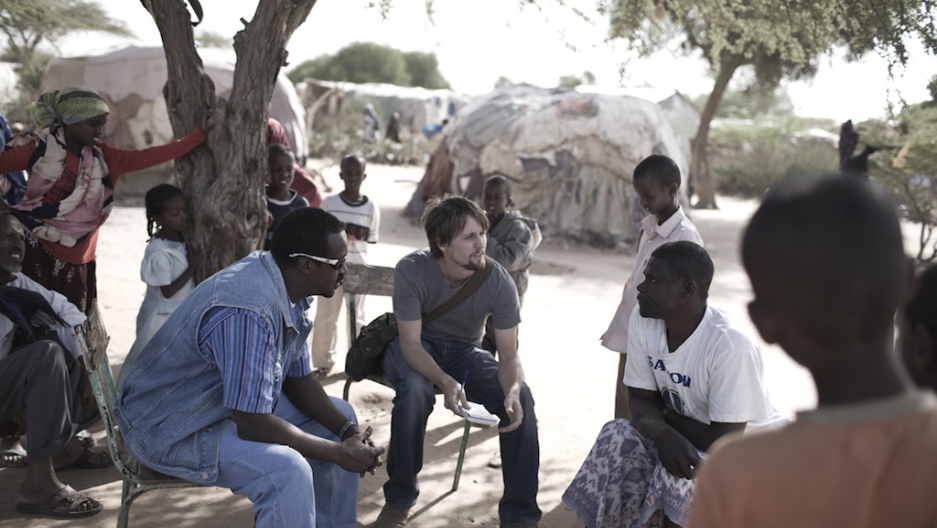 Editor's note: Writer Tristan McConnell is a GlobalPost senior correspondent, based in Nairobi.

NAIROBI, Kenya — How do foreign correspondents write about Africa?

Do we travel widely getting to know the continent and its people, and write about the political and economic situations so that readers will have a better understanding? Or do we simply trot out tired clichés and promote prejudices?

In "How not to write about Africa," a recent opinion piece for Foreign Policy, Laura Seay, an assistant professor at Morehouse College in Atlanta, describing herself as “an old Africa hand,” bemoaned the foreign coverage of Africa. It makes her “cringe,” she wrote.

Seay, who tweets as @texasinafrica, complained that foreign reporting of the continent is full of “stories that fall prey to pernicious stereotypes and tropes that dehumanize Africans … fraught with factual errors, incomplete analysis, and stereotyping.”

“Why is there so much bad reporting on Africa?” she asked despairingly.

The short answer is: There’s not. Lumping all foreign correspondents together as dumb racists is a quick route to the moral high ground, but it’s also a cheap rhetorical trick.

Of course, some reporters are sloppy with their facts and sloppy in their attitudes. Some do still turn up in Africa with their heads full of misconceived notions of the heart of darkness and atavistic savagery, but to apply this as a generalization of all is lazy nonsense.

Seay is one of several academics who attack the coverage by western correspondents in Africa. The fundamental flaw in their argument is that they are not here: Their views and opinions emanate from an ivory tower long divorced from the reality on the ground.

When I write that the people of the Nuba Mountains are terrified of Khartoum’s Antonov bombers, it’s not because I have read an article on the psychology of air raids or trawled through academic tomes weighed down with footnotes and references. It’s because I’ve lain in the dirt with them when the bombs fell. I’ve seen the terror on their faces and I’ve felt it myself.

Most foreign correspondents write with knowledge that is rooted in on-the-ground experience.

A pre-emptive point of clarification, since Seay takes particular issue with recent coverage of the conflict in the Nuba Mountains: when I recently visited that conflict zone I went with the SPLA-North rebels, not with Ryan Boyette whom I met by chance while there, and the extent of facilitation by US charity Samaritan’s Purse was sharing one of their tents in the Yida refugee camp in South Sudan, which I paid for.

I have lived and worked in Africa since 2004; many of my colleagues have been here for similar lengths of time, or longer. By contrast Seay spent eight months over a two-year period in Congo, a country that is her key area of specialization. Another country listed as one of her “areas of expertise” is Somalia yet according to the CV posted on her website, she’s never been there.

We journalists visit countries, usually all too briefly, to cover stories but we do it time and again, building knowledge with each trip. It’s a lot better than having never been there at all.

Jeffrey Gettleman, who lives in Nairobi and works for the New York Times, has this year won two of the most prestigious journalism prizes going for reports written while “parachuting,” as Seay would have it, into Somalia and Sudan.

Seay does have some valid points. Her criticism of the sometimes too-close cooperation between aid agencies and journalists is fair, and she has separately attacked the use of military embeds, especially the recent one organized by the US Africa Command to show off its assistance in the hunt for LRA leader Joseph Kony.

Working this way is rare and while not ideal (for either journalists or readers) it is sometimes necessary, partly as a function of shrinking travel budgets and partly due to our calculation that any access is better than none. In my experience facilitating a journalist’s visit doesn’t guarantee positive coverage.

To complain that we “rely on the same small group of fixers” creating an “echo-chamber” in which we all report the exact same thing is simply not true. Even when we travel together — usually to save money or for safety reasons — what we see and how we see it differs with each individual reporter.

More from GlobalPost: Few are lucky in Sudan's Nuba Mountains

Of course, as Seay writes, “we can do better” in our coverage of the continent but advocating for a correspondent in each of Africa’s 54 countries is pure fantasy. Her “easy solution” is to “hire local reporters” but picking the BBC World Service as her proof of concept is either wrong-headed or disingenuous.

The BBC’s African reporters are for the most part employed on programs broadcast solely to an African audience. Their voices dominate “Focus on Africa” and “Network Africa” but are rarely heard on the globally broadcast “Newshour” or “The World Today.”

Finding skilled and qualified African journalists with the necessary language, writing and technical skills is not easy, at least partly because smart and talented young Africans are pouring their energies into lucrative business ventures and new technology not down-and-dirty, poorly-paid domestic journalism.

Seay’s strongest attack is on “the lack of journalistic ethics employed by some reporters working in the continent.” She sets up Nicholas Kristof as her straw man, an exemplar of the racist double standards she believes permeates foreign reporting of Africa.

Kristof is fair game, his identifying of a 9-year old Congolese rape victim was abhorrent, but to generalize about foreign correspondents living and working in Africa using a New York-based columnist as the example is false.

His place, rather, is alongside Seay and the other self-appointed Africa-watchers who dip a toe in the continent and then pontificate from afar.

More from GlobalPost: Debate rages on how journalists cover Africa