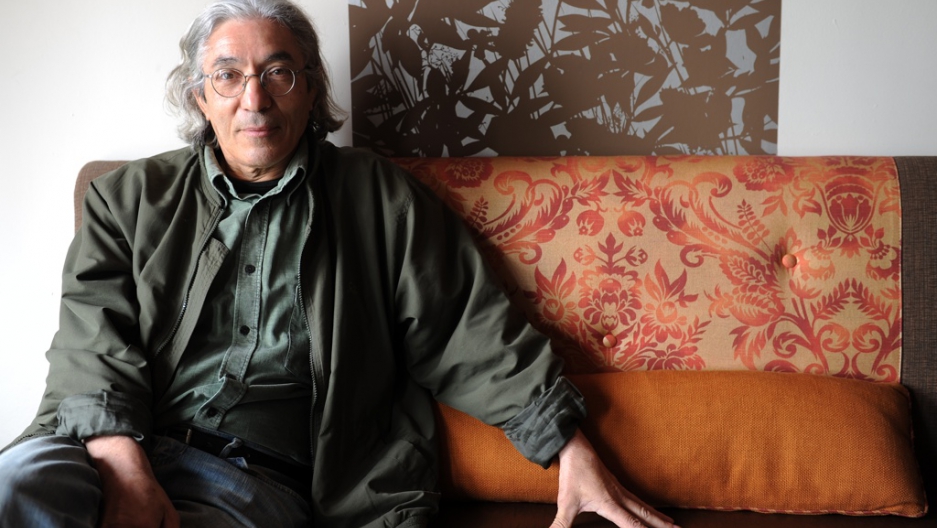 JERUSALEM — Six months ago, when Algerian writer Boualem Sansal was awarded the Frankfurt Book Fair's top honor, the Peace Prize, he was, like many previous winners — Susan Sontag, Orhan Pamuk and Vaclav Havel among them — an author and a cultural icon of great renown.

Nevertheless, the prize came to him at an awkward juncture. While he is one of a small clutch of intellectuals whose calls for freedom inspired the insurrections that have flamed across the Arab world during the past year, he is also one of the revolt's most public targets. Widely popular in France and in Germany, his books are banned in Algeria.

"The Arab Spring has failed completely," Sansal said in an interview with GlobalPost. "It is a catastrophe that only the Islamists will be able to take advantage of."

As retribution for accepting an invitation to the Jerusalem Writer's Festival held this week, the Algerian government threatened Sansal with 20 years in jail. During a Paris stop-over on his way to Israel, he mentioned this decree to his editors at Gallimard. He asked them to hold off on any petitions until (and if) he is actually detained.

More from GlobalPost: In historic first, Egyptians vote in a real presidential election

He is not afraid. He is concerned.

Perhaps the perceived threat posed by Sansal, who is a soft-spoken man of 62, is heightened by the fact that he is a quintessentially Algerian figure. Born into a secular and cosmopolitan French-speaking family, he has lived in his country of birth since birth. He bears a single passport. For much of his career as an engineer and an economist he worked for the national oil industry and, later, as a high-level public servant in the Ministry of Industry.

His work, from the first novel published when he was 50, has consciously yet subtly argued against an hermetic, fanatical worldview.

So far, only his prize-winning penultimate novel has been translated into English. Published in the United States as The German Mujahid and in the UK as An Unfinished Business, it is a doozy — explicitly equating radical Islam and Nazism.

More from GlobalPost: Tunisia's government stuck between Islamists and secularists

The story is based on an experience Sansal had as a young engineer, when he came across a remote Algerian village with impeccably manicured flowerbeds, neatly asphalted roads and squat, square houses with slanting roofs. Upon investigation he discovered that the town's mayor, a military man and a hero of Algerian independence, was in fact a Nazi fugitive.

It is in this crucible — who is perceived to be a hero versus who is seen as the incarnation of evil, and how can humanity survive if they turn out to be the same man — that the tender book unfolds.

In an interview with the Jewish Chronicle, Sansal compared Jihadis and Nazis: "There are enormous similarities — the concept of conquering: of souls, but also of territories. And there is the idea of extermination — of all those who do not submit to the ideology of Islamism. I believe we have to analyze National Socialism if we are to keep Islamism in check."

"We are not condemned to a life sentence in jail," Sansal said about his fellow Arabs. "We can be free men."

Sansal cuts a sleek, elegant ferret-like figure. He appears entirely unassuming in a well-tailored burgundy jacket, dark blue shirt and corresponding tie, with a tidy grey ponytail winding its way down his back. At once intensely present and discreet, bearing a remarkably open countenance, he appears to observe the world with vigilant, wary eyes.

Lately he has come to define himself as an “internal exile.” He and his wife, Naziha, a professor of mathematics, live in a remote university town encircled by a wall and barbed wire. His wife and her sisters, he said, "are among the bravest people I know" because they dare to leave their homes in regular Western attire, without the veil.

More from GlobalPost: In-Depth Series: Libya's rebels after the rebellion

His first novel, published in 2000, provoked the loss of his ministry job and in quick succession his wife's dismissal from the University of Algiers. He started having trouble renewing his passport. He was targeted by a propaganda campaign in which he was described as an enemy of the Arab nation, of Islam, of traditions, and a lover of the United States, Israel and perversions. His two daughters, product of a first marriage, live in Prague.

He defines radical Islam as "the real problem of all Arab countries."

"For about a decade following independence," he said, "things in Algeria were normal. Then they started with a process of nationalism, Islamisation, Arabisation and abandoned progression, development, secularity and all the problems began."

Secularism, Sansal argues, "only has meaning in a democracy. Under any dictatorship, it has no meaning."

In his view, Syria is just another example of government by diktat. Sansal calls upon Western powers to intervene in Syria, and issue an arrest warrant for Syrian President Bashar al-Assad and his generals.

"We shouldn't have to wait until the entire country has been massacred for someone to act," he said. "At the same time, the people of Syria should not give up. They must continue to struggle. If they are defeated now, it will be 20 years before we even know who was killed, who was disappeared and who was arrested."

The Arab Spring initially filled Sansal with great optimism before it curdled into an unfortunate feeling of déjà vu: more of the same or, as it is popular to say in Algeria these days, plus ça change, plus c'est la même chose.

"They are demanding the departure of one dictator only to exchange him for another. A revolution has to be against the ideas that brought about the dictatorship, not against an individual. It has to be for ideals, for freedom, for rationalism."

In Algeria, he said, "People have now freely voted for a dictatorship, which will be worse than the one that came before it."

His great fear for the coming years is that the newly defined nations will form "a new Arab League based on a religion. It would be a very dangerous thing."

Having left Israel, Sansal published an article in the Huffington Post entitled, "I went to Jerusalem... and I returned enriched and happy."

Addressing himself to his "dear brothers, dear friends, in Algeria, in Palestine in Israel and elsewhere," Sansal writes:

"I will speak to you about Israel and the Israelis as one sees them with one's own eyes, on location, with no intermediaries, far from any doctrine... The fact is that in this world, there is no other country and no other people like them. As for me, it reassures me and fascinates me that we are all unique. And while the unique is irritating, we are borne to cherish it because losing it would be completely unremmediable."