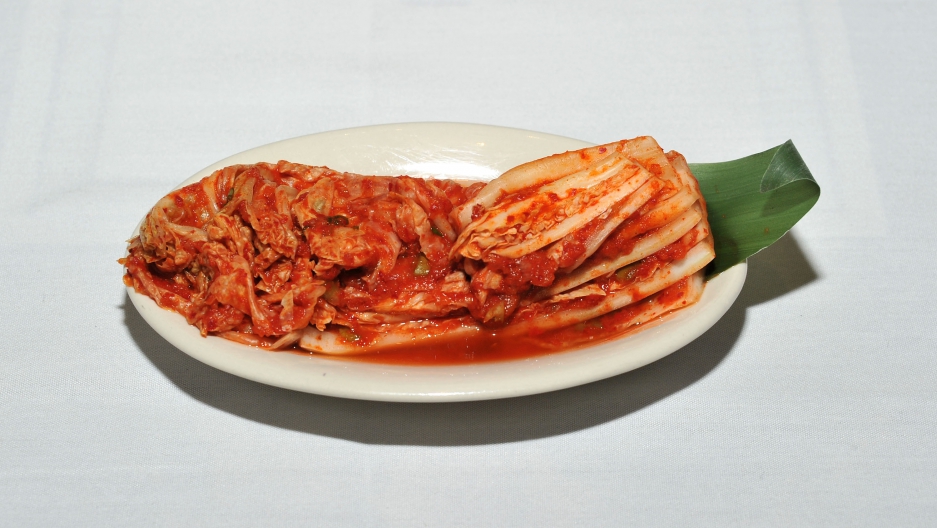 Kimchi is a ﻿﻿traditional Korean dish of spicy fermented cabbage and radish.
Credit: Mike Coppola
Share
SEOUL, South Korea — Most of us associate the spread of Korean culture across much of Asia, and now Europe and North America, with catchy pop tunes and improbable TV drama plot lines. Less well-known is the third member of the "Korean Wave" triumvirate — the country's bold and colorful cuisine.
Thailand and Japan have proved that gastro-diplomacy can go a long way toward educating people and their palates in the history, culture and aesthetics of a nation's cuisine. Now South Korea's government has plowed huge sums into bringing bibimbap, japchae and samgyeopsal to the attention of adventurous epicureans thousands of miles from Seoul and Busan.

Any primer on Korean cuisine has to begin with kimchi. It packs a pungent whiff that has a habit of lingering sometime after it has outlived its welcome, but once acquired, the taste for spicy pickled cabbage is rarely lost. No Korean meal is complete without it, either as an ingredient in the main dish, or as part of a medley of side dishes called banchan.