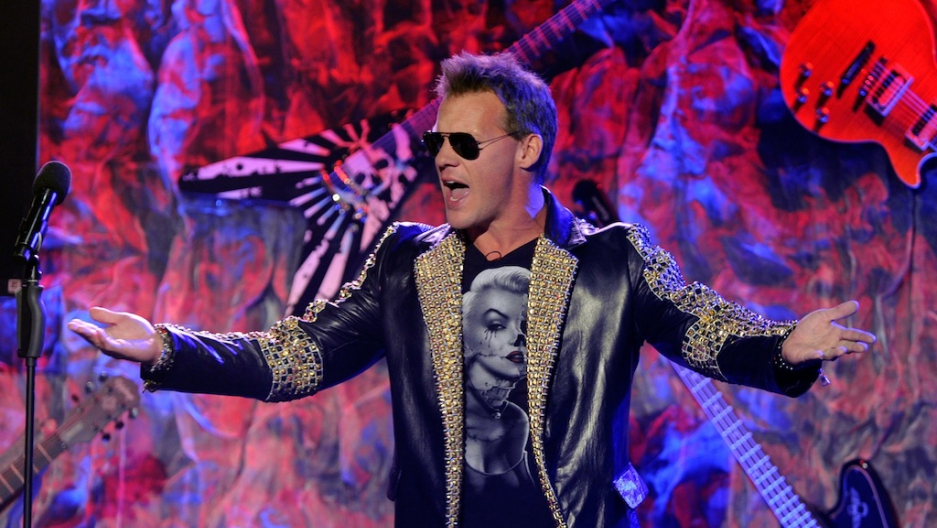 SÃO PAULO, Brazil — WWE wrestler Chris Jericho has had to apologize to the Brazilian government and its people after crumpling and kicking the country's flag during a show in São Paulo on Thursday.

According to the Canadian Press, the flag made its way into the ring during a match between Jericho and WWE champion CM Punk. When Jericho got ahold of the flag, he crumpled it in his hands, threw it to the ground and kicked it across the ring. Local police then intervened and gave him the choice of apologizing or being arrested.

In a statement posted on the World Wrestling Entertainment website, Jericho called his behavior "a bad judgment call."

The site also announced on Friday that "Chris Jericho has been suspended for 30 days due to the irresponsible act of denigrating the Brazilian flag at WWE live event in São Paulo on May 24," reported CBC News.

Jericho said he was unaware that desecrating the flag is a crime in Brazil, according to Fox News. He didn't think twice about apologizing for what he had done, and said the stunt was not planned or approved by the WWE.

CP reported that skeptics have noted that Jericho's character is a villain, known as a "heel" in professional wrestling, and question whether the incident was as fake as the sport.