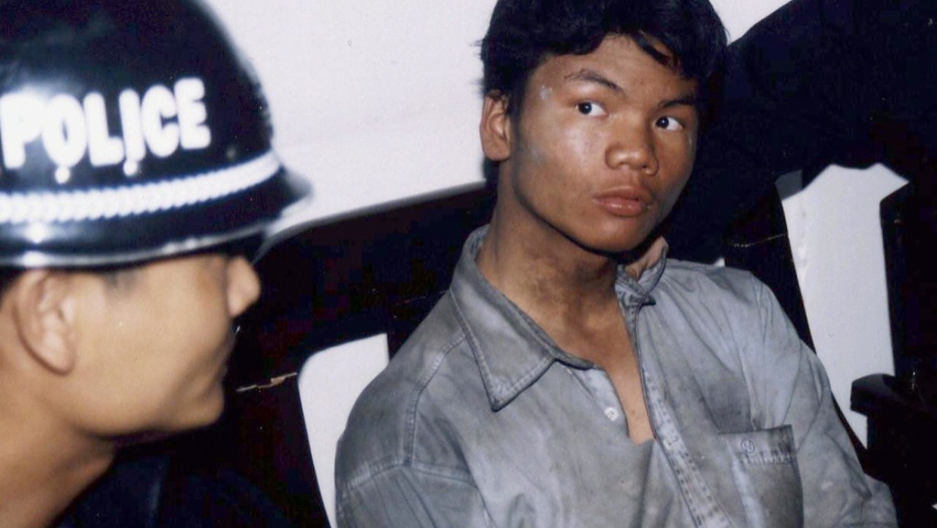 Suspected murderer Ma Jiajue, 23, in police custody after he was arrested in Sanya city, southern China's Hainan province, Mar. 15, 2004. Ma is suspected of killing four of his university classmates and stuffing their bodies into a dormitory closet where they were found days later decomposing, as China has been shocked by a spate of murders over the past four months including the high-profile case of a serial killer responsible for the deaths of 67 people.
Credit: STR
Share

Police in China have arrested a man suspected of killing and eating young men, and selling their flesh to unsuspecting consumers at the local market.

Zhang is being investigated in the murders of at least seven teenagers and boys, the state-run Xinhua news agency said.

He is suspected of chopping up their bodies and feeding the human flesh to his dogs, as well as selling it and eating it himself.

A 19-year-old man from a nearby village who went missing April 25 has been confirmed murdered, a police spokesman told Xinhua. A cell phone, bank card and other evidence said to have belonged to the young man, named as Han Yao, were found in Zhang's home, police said.

The Guangxi News website reported that more than a dozen other teenagers have gone missing from the village in the past five years, according to Agence France-Presse.

The website said Zhang is known locally as the "cannibal monster," and residents said they had seen plastic bags hanging from his home filled with what appeared to be white bones.

Hong Kong newspaper The Standard reported Friday that police fear at least 20 people were eaten or their flesh sold as "ostrich meat."

The Standard said police searching Zhang's home found dozens of human eyeballs preserved in alcohol inside wine bottles, and pieces of flesh hanging in the house to dry.