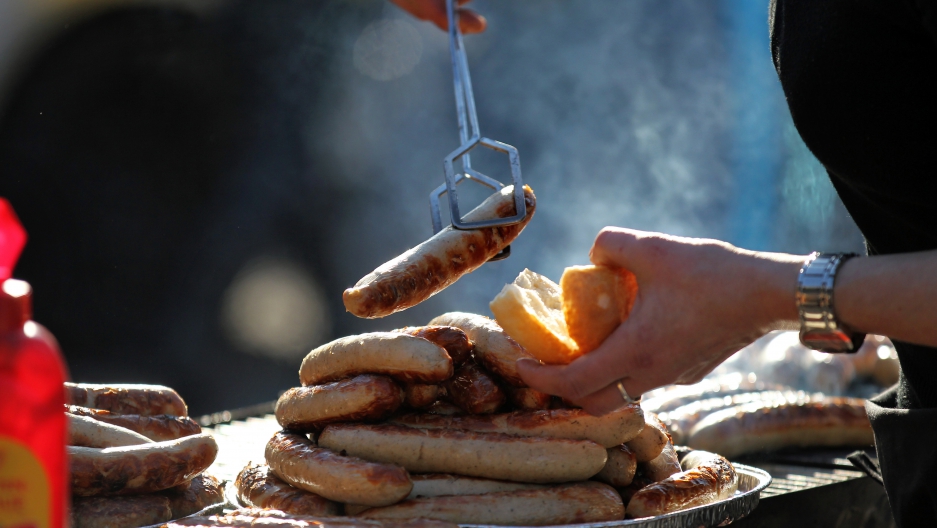 Japanese Sugiyama had his own genitals removed, then served them cooked, even seasoned, to willing participants. These are not his genitals.
Credit: Jan Woitas
Share

In March, just days after his 22 birthday, Sugiyama reportedly had his penis and testicles surgically removed and kept them frozen for two months before dishing them out.

Sugiyama identifies as an asexual and used the exhibition to show that he does not affiliate with either gender, according to the Huffington Post.

He cooked his genitals, seasoned and braised them, then served them to customers at an event hall on May 13, according to postings on his Twitter and IOL News.

He divvied up the severed penis shaft, testicles, and scrotal skin between five people, who each paid $250-a-plate, and garnished it with button mushrooms and Italian parsley.

Sugiyama initially considered eating them himself, however he soon reconsidered and offered the meal on Twitter in mid-April to the first person willing to pay 100,000 yen (about $1,250).

More from GlobalPost: Tattoo artist implants magnets in his wrist to hold his iPod (VIDEO)

"[Please retweet] I am offering my male genitals (full penis, testes, scrotum) as a meal for 100,000 yen …Will prepare and cook as the buyer requests, at his chosen location."

His Tweet and story spread like wildfire in Japan. So many people were interested in joining Sugiyama for his meal that he had to organize a public banquet, dubbed “Ham Cybele – Century Banquet,” at the “Asagaya Loft A” event space in the Suginami Ward of Tokyo.

“Century” in Japanese is a homophone for the Japanese word for “genitals”; “Ham Cybele” refers to the Anatolian mother goddess,  prefixed with an appropriate word for tough meat to create a phrase whose initials match Sugiyama’s artist name of HC, according to CalorieLab.

CalorieLab listed the five diners as, a 32-year-old male manga artist, a 30-year-old white-collar couple, an attractive 22-year-old woman, and 29-year-old event planner Shigenobu Matsuzawa, who Tweeted before the event, “It’s a once in a lifetime chance, so I decided on the spur of the moment to do it.”

Each diner had to sign a waiver releasing Sugiyama and the event organizers from any liability that may arise from the consumption of the genitals.

Police allowed the event to take place as there are no laws prohibiting cannibalism in Japan.

In subsequent Tweets Sugiyama said, “I receive questions from some women and men... asking 'Will there be a next time? Please host it again.' But there is only one set of male organ. Unfortunately, I have no plan for the next time.”