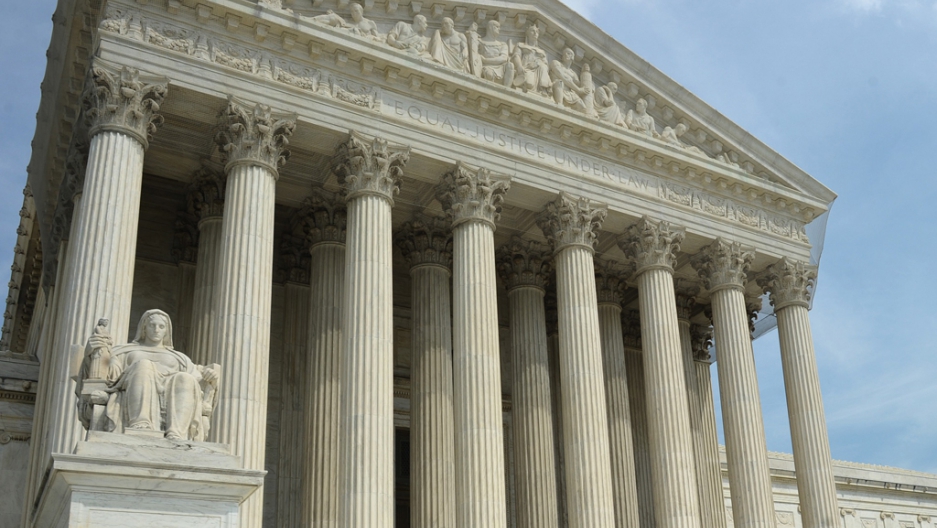 The US Supreme Court building on Capitol Hill in Washington, DC. The Supreme Court will take on an affirmative action case in its docket, potentially reversing a 2003 decision.
Credit: MANDEL NGAN
Share

The Supreme Court ruled unanimously on Thursday, limiting the ability of home buyers to sue mortgage lenders for some overcharges, according to Bloomberg. The ruling could prove to be a victory for lenders in real estate and banking.

The court ruled that three families could not sue a mortgage company for charging them a loan discount fee without receiving a lower interest rate, according to the Associated Press. The decision throws out lawsuits filed in 2008 against Quicken Loans, Inc.

The lawsuit was thrown out by a federal judge who cited the 1974 Real Estate Settlement Procedures Act, which says no "person shall give and no person shall accept any portion, split, or percentage of any charge made or received for the rendering of a real estate settlement service in connection with a transaction involving a federally related mortgage loan other than for services actually performed," according to the AP.

More on GlobalPost: More than 30% of US homeowners with mortgages are underwater

The court decided that the law was unambiguous and did not apply in this case. Justice Antonia Scalia, who wrote the decision, said, "It covers only a settlement-service provider’s splitting of a fee with one or more other persons."

The case, called Freeman v. Quicken Loans, was a defeat for the three couples from Louisiana who claimed that they were overcharged $1,100 on their mortgage closings for a "loan discount" or "processing" fee, reported Reuters. The couples said they received nothing in return for the fee.

Quicken denied charging unearned fees and called the lawsuits baseless. It was supported by the American Bankers Association and the National Association of Realtors, according to Reuters.