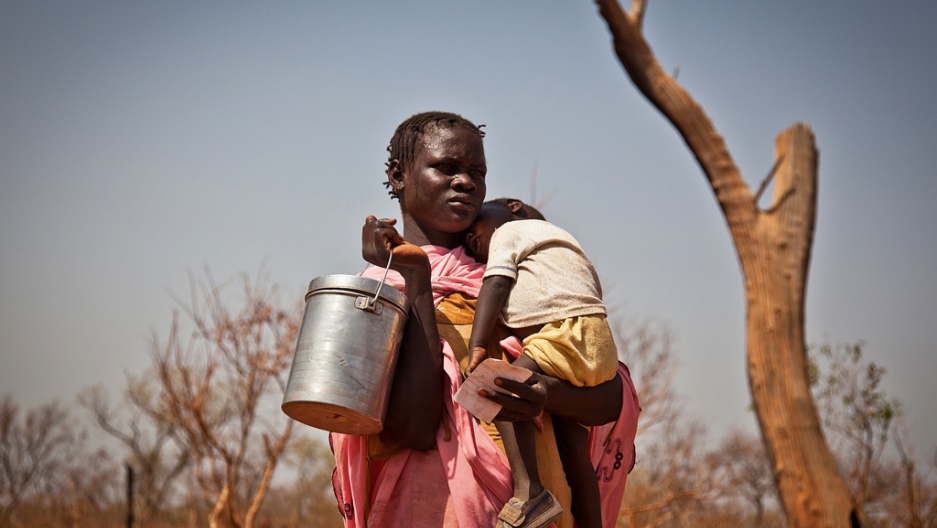 After the traumatic civil wars in Liberia, Ivory Coast and Sierra Leone, those countries and the entire West African region are now working to return to democracy, stability and prosperity.

But a serious problem is preventing families from putting the bloodshed behind them and moving forward to build new lives: domestic violence.

Women in those post-war countries face continued violence, not from marauders with guns, but from their own spouses at home, according to a sobering report by the International Rescue Committee.

"Let Me Not Die Before My Time: Domestic Violence in West Africa," chronicles the dangers faced by African women in these post-conflict societies.

The report pulls back the curtain and exposes that the riskiest place for many women is in their own homes. This is a worldwide problem, but the International Rescue Committe, in a great infographic, estimates that some of the highest rates of domestic violence are in Africa. To write the report the IRC drew on 10 years of work with refugees.

The report says women are suffering domestic violence at “alarming levels and with shocking frequency” in post-conflict countries in West Africa.

Domestic violence is the “primary threat to women” in countries that are rebuilding after years of internal strife, says the report.

Women in these countries face special risks, even though domestic violence is pervasive across the globe, said report co-author Heidi Lehmann, according to Voice of America.

“It is not specific to countries coming out of war,” said Lehmann. “What conflict does, though, is increase women’s vulnerability to violence, and that includes domestic violence.”

The IRC works with refugees across the globe and is committed to protecting and empowering women and girls in crisis zones and countries recovering from war and disaster. IRC workers have found that even when a female refugee reaches a camp, she may still suffer from violence at home. For instance, in South Sudan at the Yida refugee camp, women do not find a safe haven but a place where they remain at risk, according to a commentary written for GlobalPost by IRC worker Elizabeth Pender.

"Over 60 percent of assault survivors whom the IRC assists in West Africa are seeking help because of violence committed by an intimate partner," states the IRC. "It is time for the humanitarian community to confront the violence occurring behind closed doors and ensure that in countries transitioning to peace, that peace extends to the home."

IRC workers have been frustrated because domestic violence is often ignored by local authorities and even aid agencies, which dismiss it as a "cultural problem" and a "private matter."

The IRC rejects such acceptance of domestic violence.

It says that during and after war, specific efforts must be made to protect and empower women, inside and outside the home. The IRC encourages increased funding for programs driven directly by women survivors that prevent and respond to all forms of violence against women, including domestic violence. It urges donors, UN agencies and non-governmental organizations to develop ways to address domestic violence.

The IRC has formed a Commission on Domestic Violence, which includes seven members from women’s rights, public health, media, and philanthropy. The commission will use its collective voice to raise awareness of domestic violence and will insist that it will no longer be ignored or tolerated.

"We are focusing our immediate attention on West Africa, a region emerging from a long period of conflict and war where the IRC’s staff has found domestic violence especially pervasive," said George Rupp, IRC president, launching the report today. "It has become an obstacle not only to women’s well-being, safety, and potential, but also to the social and economic development of their communities. ... Every one of us should be allowed to feel safe in our own home — which is why the IRC deems addressing domestic violence a core humanitarian responsibility."

More from GlobalPost: Thousands flee to a new refugee camp in South Sudan