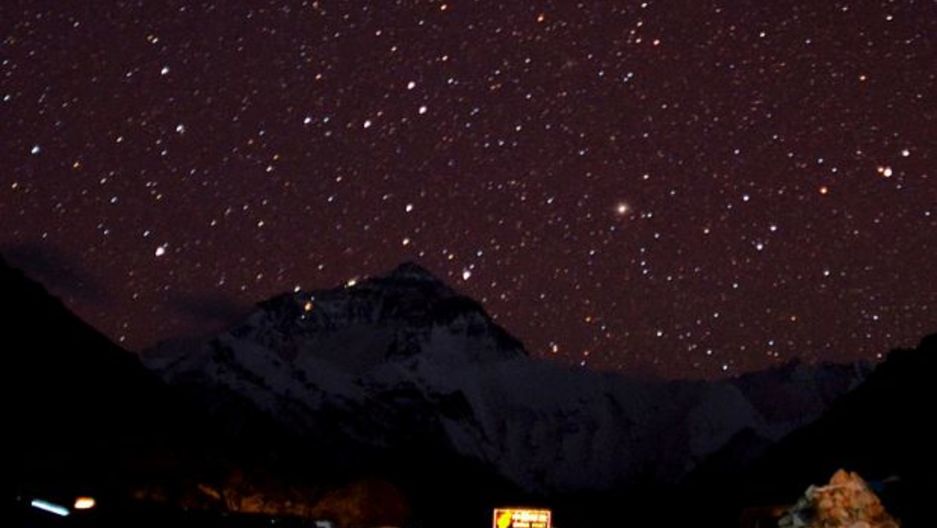 Against the starry night sky, climbers' camps are visible on the northeast slop of Mount Everest. Other lights are visible almost exactly at the "First Step" along the ridge — presumably a summit push in progress. The photo was taken from

They reportedly died of exhaustion and altitude sickness on their way down, after reaching the summit. Two more climbers are missing.

The world’s highest mountain is said to be in a particularly dangerous condition this year. One respected expedition organizer canceled his group’s entire season earlier this month.

But Everest is still more crowded than ever.

Legendary British mountaineer and explorer Chris Bonington blames the crowding and danger on the commercialization of Mount Everest.

“Once you have that, and you have guides and you have fixed ropes, it means that comparatively inexperienced people” are attempting the climb, Bonington said. “They can cope, provided everything goes all right.”

But delays and a change in the weather can be deadly.

Bonington is calling for greater regulation, to keep the numbers down, to make the climb safer and more enjoyable.

He is one of Britain’s most experienced mountain climbers, having first tackled Everest in 1961.