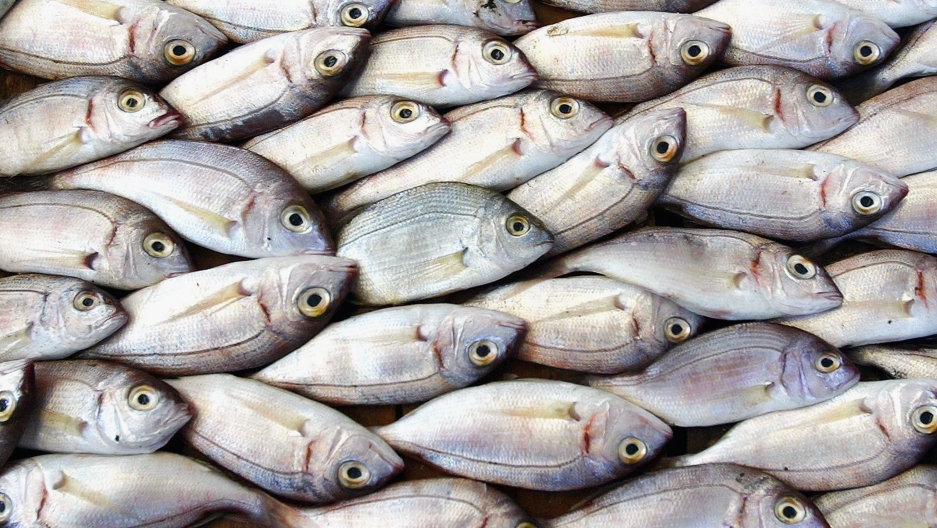 GAZA CITY, GAZA STRIP - SEPTEMBER 18: A tray of fish is put on display in the daily fish market, September 18, 2004 in Gaza City harbour. The fishing industry remains at the heart of the economy of the Gaza Strip where one in two adults are unemployed and the annual per capita income is approximately $700. Some 4,000 fishermen make a living off the sea in the Gaza Strip in a small fishing area that was designated by Israeli authorities. (Photo by Ahmad Khateib/Getty Image
Credit: Ahmad Khateib
Share