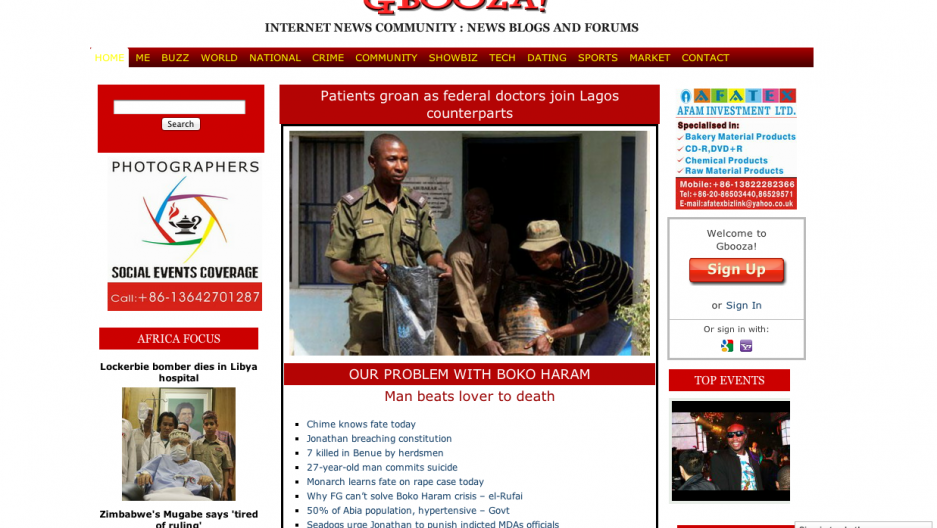 When Spartan Arinze landed at the Guangzhou airport in southern China more than a decade ago he had $300 in his pocket and he didn’t speak a word of Chinese but he felt destined to do something big.

“I came to China with the hope of looking for the American dream. You must have read that on my profile,” Arinze said.

The online profile he’s talking about is on gbooza.com — the website Arinze launched two years ago. As for his dream, Gbooza is it.

“Some people dream of business, my dream was media,” he said.

The connection between Nigeria and China is built on trade. Arinze remembers watching as more and more Chinese goods flooded the marketplace near his home in Nigeria’s Anambra State. At the time, visas to China were relatively easy for Nigerians to get. So Arinze decided to take his chances and go to the source of all those goods, where he hoped to make enough money to start his own social networking website.

“That was the biggest risk in my life," he remembered.

Arinze spent his first few years in Guangzhou doing whatever odd job would keep him there – teaching English, exporting purses to Nigeria – all the while researching and planning for the launch of his own social network. He studied sites like Facebook and Yahoo. They weren’t quite like the site that he hoped to create. But then one day he was searching the Internet and he accidentally came across a new website: The Huffington Post.

Gbooza! launched in 2010. The name Gbooza, like Yahoo ends with an exclamation point. It’s a Nigerian expression meaning surprise or astonishment.

“It can mean a bang, explosion, something like that,” Arinze explained.

The site is part social network, part news aggregator and all focused on the Nigerian community in China.

Gbooza is no Facebook yet. The site has about 2,000 members and gets around 5,000 pageviews a day. But Arinze is still dreaming big. His next plan: making gbooza.com the number one social news network in Africa.