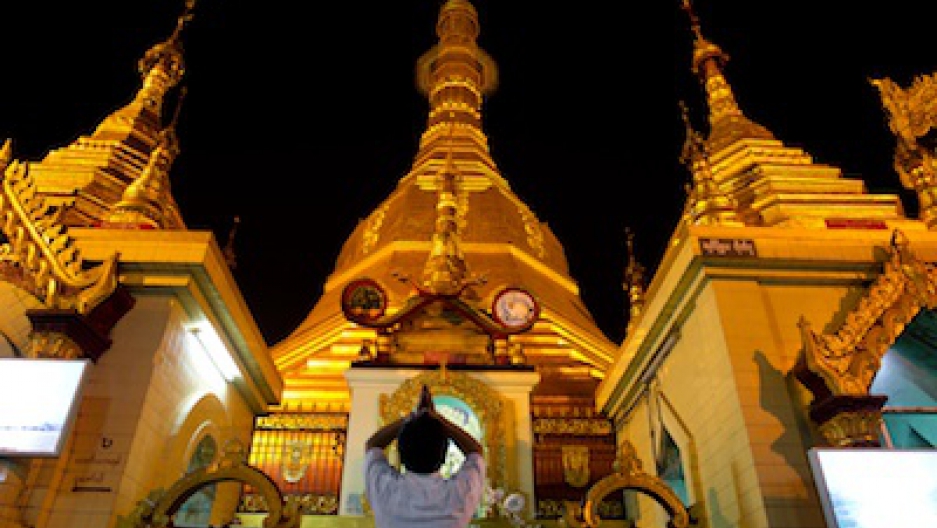 As predicted, the US has joined the European Union in suspending a large portion of American sanctions against Myanmar.

At last, American investors are now urged by none other than US Secretary of State Hillary Clinton to "invest in Burma and do it responsibly."

So who'll be first out of the gate?

According to Reuters, General Electric and Caterpillar have set up shop in Myanmar. Ford is exploring options as well. Others are sure to follow.

The White House is hedging somewhat by "suspending" instead of "lifting" sanctions outright. Ostensibly, if Myanmar's reform movement suddenly skidded off the tracks, the US could revert its stance. But once these corporations expand their foothold in Myanmar (formerly Burma), it will be difficult to stop them from continuing to tend to their investments.

Still, for the time being, confusion reigns. And as more outsiders pursue Myanmar's most sought-after resources — oil and gas, minerals, timber — there appears to be an emerging market for consultation and advice, i.e. financial sherpas paid to guide foreigners through Myanmar's economic wilderness. One outfit promises "introductions to potential partners and customers." Another promises "immense potential for rewarding participation by non-residents."

In an op-ed for the Myanmar Times, Australian economist Adam McCarty (whose firm is opening its own branch in Yangon) describes a "surge of expectation about the prospects for Myanmar’s economy."

In a country known for its uncertainty, know-how is an emerging commodity unto itself: a "New Myanmar Investment Summit 2012" on June 20-21 in Yangon invites paying foreign investors to get schooled on everything from real estate to currency reforms to infrastructure.

A seminar on Myanmar investments would have attracted little interest just two years ago. I expect more will pop up in the future, especially with the government soon to beckon business travelers into the once-reclusive country with visas on arrival, according to the Myanmar Times.

But how all this buzz will translate into real investments — factories, mines, infrastructure, cell towers, etc. — remains to be seen. The stakes are high. The state of Myanmar's economy will likely have a huge bearing on whether the reform movement is considered a success or failure.

As the BBC reports, Clinton has said America's "commitment is to move as rapidly as we can to expand business and investment opportunities" while keeping sanctions in suspension as an 'insurance policy.'"