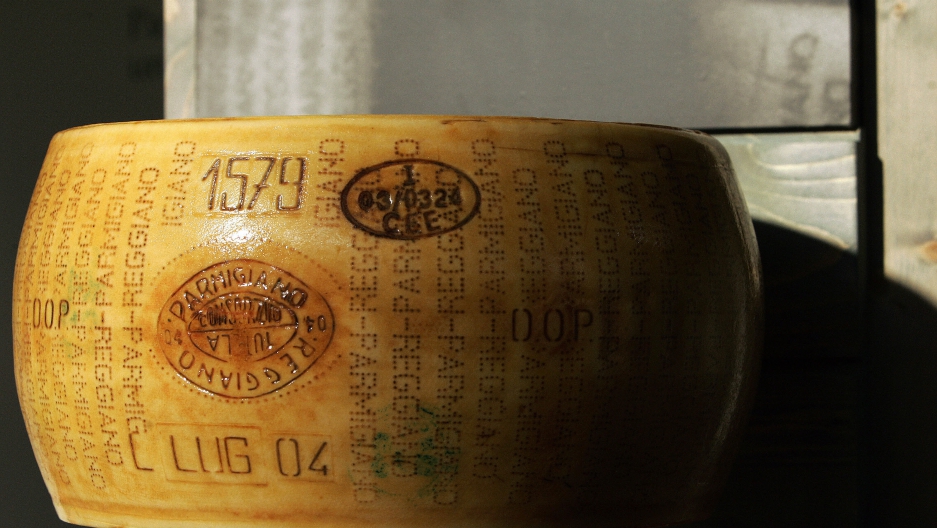 A round of Parmigiano Reggiano (Parmesan) is pictured at the Salone del Gusto, 26 october 2006 in Turin. Over $320 million dollars will be lost in the cheese industry following the quake.
Credit: Filippo Monteforte
Share

The BBC reported at least seven people died in the quake in other parts of the town. More than 3,000 people were also displaced from their homes.

According to BBC, According to BBC, the original earthquake struck at a relatively shallow depth of 10km just after 04:00 local time (02:00 GMT) on Sunday. At least seven people died in the quake in other parts of the town. More than 3,000 people were also displaced from their homes

Sunday's quake destroyed more than 300,000 wheels of Parmesan and Grana Padano, a similar cheese, with an estimated value of more than $320 million according to the NZHerald.

Stefano Berni, head of the Grana Padano consortium, told the ANSA news agency, “The earthquake was very strong and heavily damaged the structures of many warehouses as well as thousands of tonnes.”  He called the initial estimate of 250 million euros (USD 320 million) very conservative.

Parmigiano-Reggiano is produced exclusively in the Italian provinces of Parma, Reggio Emilia, Modena and parts of the provinces of Mantua and Bologna according to Dining Chicago. Like Champagne, if it isn't produced in these regions, it isn't authentic parmesan cheese.

Berni added that he hoped no further tremors would "further aggravate the state of the already highly damaged and fragile structures." Berni said, "It's a very heavy loss, but there have been no casualties, which is a great relief at this worrying time."