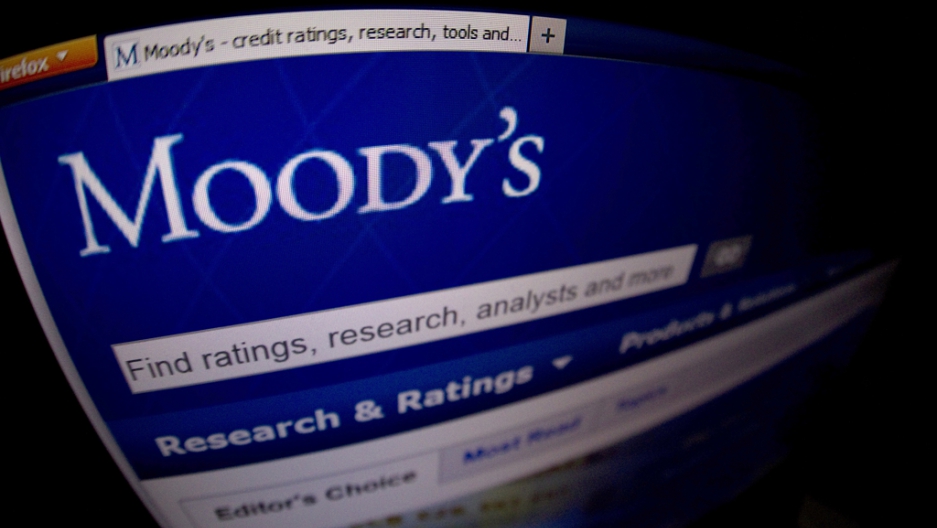 This picture taken on January 17, 2012 in Paris shows a close-up of the opening page of the ratings agency Moody's website. Moody's on May 17, 2012 cut the debt ratings of 16 Spanish banks by one to three notches, citing the effects of the ongoing recession and the reduced creditworthiness of the Spanish government.
Credit: JOEL SAGET
Share

The euro zone's largest bank, Banco Santander, and the number two BBVA, were both downgraded by two notches to A3, from their previous rating of Aa3.

More from GlobalPost: How to get rich on the euro crash

All of the banks' long-term debt ratings were cut by at least one notch, with some banks hit by three-notch cuts.

Moody’s said in a statement:

The downgrades come as shares in the fourth largest lender Bankia, which have halved in value this month, dropped by another 14 percent, the BBC reported.

However Bankia – which was propped up earlier this month when the Spanish government bought a 45 percent stake – was not included in Thursday’s Moody’s ratings review.

The agency also cut the ratings of Spanish regions Catalonia, Murcia, Andalucia and Extremadura, the BBC reported, because of a "low probability” the governments there will meet deficit targets for this year.

Separately, Greece's credit rating was cut to CCC, or "vulnerable to default", by the agency Fitch, amid fears the country will exit the euro zone, Agence France Presse reported.

The move comes as a caretaker government took office Thursday, ahead of fresh polls on June 17.

Inconclusive elections this month and disagreements between parties have left Greece without a governing coalition.