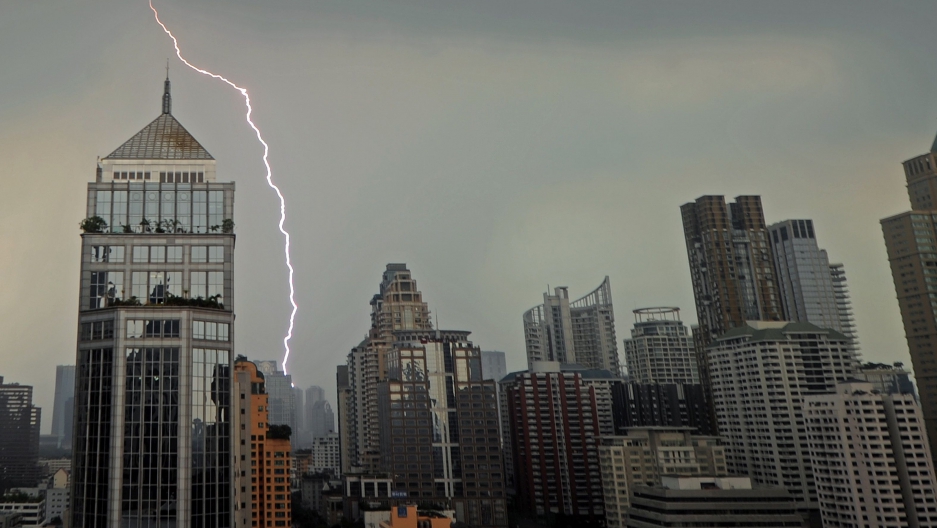 Lightening streaks across the skyline during heavy rain in Bangkok on March 26, 2012.
Credit: PORNCHAI
Share

LONDON, UK – A British citizen has been arrested in Thailand’s capital city of Bangkok for possessing six roasted human fetus for use in black magic rituals.

Chow Hok Kuen, 28, of Taiwanese origin, was arrested with the gold leaf-covered fetus in the city’s Chinatown on Thursday, police told the Agence France Presse.

The fetus had been packed into luggage, the BBC reports. Their origin is unclear, though police said the suspect bought them for $6,500 several days ago from a Taiwanese man in Thailand and planned to smuggle them into Taiwan and sell them there for up to six times that amount.

The arrest was made after police responded to information they received saying that infant corpses were being offered to wealthy clients via a black magic services website, according to The Independent.

Wiwat Kumchumnan, sub-division chief of the police’s Children and Women Protection Unit, said: “The bodies are of children between the ages of two and seven months.”

Chow Hok Kuen faces a year a prison and a 2,000 baht fine for being in possession of the fetus, which are believed to bring good fortune to the owner in black magic rituals.