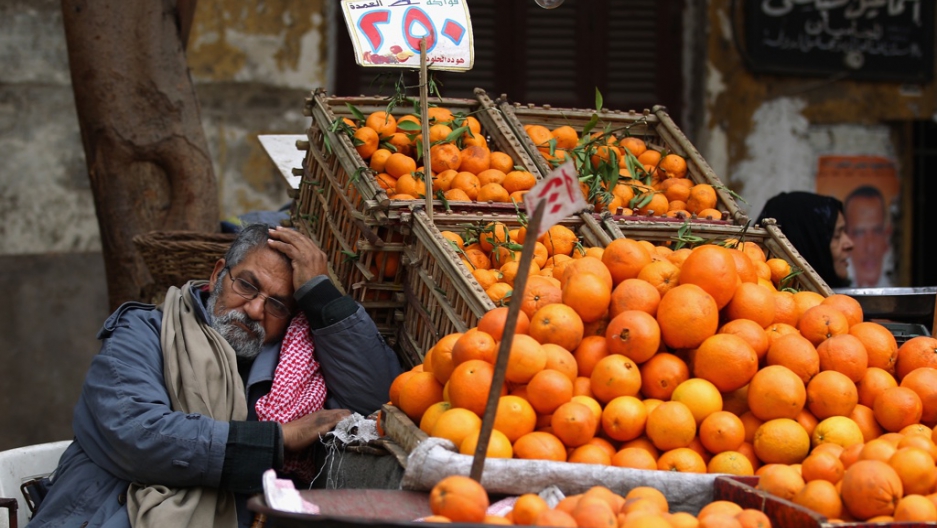 CAIRO, Egypt — As Egypt’s first free presidential race enters the final stretch, Egyptians say the top contenders have so far offered only meager prescriptions for the issue they worry about most: the economy.

Eighty-one percent of Egyptians ranked improving economic conditions — more than any other political reform — as “very important” in a poll by the Pew Research Center released earlier this month.

“Most of the candidates are not being honest [about their economic policies],” said Sayed Radwan, a 35-year-old civil servant from Cairo’s Shubra neighborhood. The Muslim Brotherhood’s candidate, Mohamed Morsi, “came to Shubra to hand-out chicken and cooking oil and pasta. This is someone who doesn’t care about his policies — he just wants to reach power at any cost.”

About 40 percent of Egyptians live on less than $2 per day, according to the World Bank.

“The candidates’ platforms are very general,” said Amr Adly, director of the economic and social justice unit at the Egyptian Initiative for Personal Rights. “This is the first time we have election platforms, so we aren’t entirely sure how they should be formed. Their ideas are not clear, and I’m sure they don’t yet know how the realities of political life will determine their actions.”

All three platforms are anchored in the language of the free market, and tied up in populism. They promise to encourage foreign investment, eliminate red tape for businesses and grant tax breaks for large-scale, labor-intensive projects.

In the 1990s, and during the later years of Hosni Mubarak’s rule, the erstwhile leader presided over a general opening of Egypt’s economy to outside markets and privatization schemes. But the moves largely benefitted only the president’s own inner circle, translating into little if any gain for the ordinary, heavily impoverished Egyptian.

“Many people were left behind,” said Magda Kandil, director of the Egyptian Center for Economic Studies, of Mubarak’s privatization effort. “In the growing economy, inflation was high — and there was this feeling of injustice among those who strived to compare themselves to the class that benefited [from privatization].”

Moussa, Morsi and Aboul Fotouh agree on the need to reduce Egypt’s reliance on foreign currency reserves, once boosted by oil and gas exports, high tourism rates and remittances from abroad, to cover government spending.

Egypt’s foreign reserves fell from $36 billion before the revolt to $15.2 billion in April — enough to cover just three months of imports, experts say.

Instead, Moussa and Aboul Fotouh are each pledging to boost revenue by broadening the tax base through new tariffs. Aboul Fotouh wants to tax luxury items like cigarettes, while Moussa says he’ll implement a new tax on capital gains.

Morsi, armed with a Brotherhood-crafted plan that Adly said “overemphasizes” eradicating corruption, wants to raise revenue by demanding compensation from Mubarak-era cronies who profited from land deals at below-market prices.

“Our first priority is restructuring state institutions to get rid of corruption within the government,” said Mohammed Gouda, the spokesman for the economic committee of the Muslim Brotherhood’s Freedom and Justice Party. “We will also be reevaluating all trade agreements that were brokered to serve the personal interests of certain businessmen.”

They say it will free up anywhere from $5 to $6.6 billion for much-needed spending on education, healthcare and other social services.

More from GlobalPost: Rural Egypt is breaking from its Islamist past

But while each candidate stressed that energy subsidies for ordinary citizens would not be cut, economists say the abolishment of subsidies for industry may eventually be passed on to consumers if no protective mechanisms are in place.

“Many candidates are talking about reducing certain subsidies without really considering the outcome,” said Adly, adding that any increases in sales tax or other indirect taxes would also compound the suffering of Egypt’s poor, which is already grappling with rising prices of basic goods. “Reallocating these funds can harm as much as it can benefit.”

Despite the populist-style rhetoric, the candidates could ultimately be limited in the economic decisions they are able to make as president.

That’s because according to local media, the current cabinet — appointed by Egypt’s military transitional government — and the Brotherhood-led parliament are expected to agree on a deal that would pave the way for $3.2 billion in emergency loans from the International Monetary Fund (IMF).

In order to secure future installments — and attract aid packages from donor governments in the European Union and Gulf nations — any new president may be unable to stray far from IMF-approved measures.

“We should accept assistance from the outside, as long as we can fulfill the conditions of the loan,” said Azza Gaber, a 48-year-old shopkeeper in the working-class Dokki district of Cairo.

“I think loans in the past have been given with good conditions,” he said. “We haven’t ended up like Greece.”