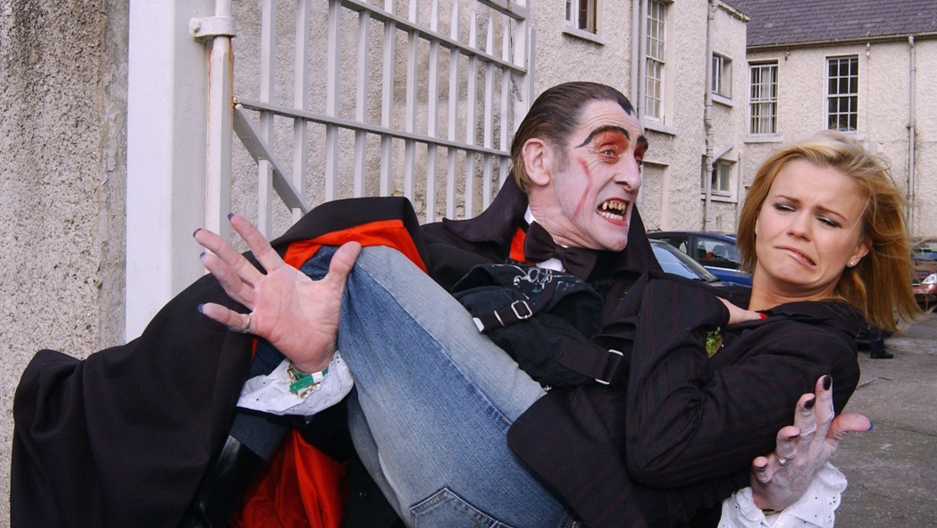 Kiss me, I'm Irish. Or not. A woman poses with Dracula at the St Patrick's Day Parade on March 17, 2004 in Dublin, Ireland.
Credit: ShowBiz Ireland
Share

Whoever said that “bad sex is better than no sex at all” was not a woman.

Definitely not a European woman. Let alone an Irish woman.

A study of the sex habits across the EU carried out by Women’s Health magazine revealed that those women who are getting the most action in bed are least satisfied with their sex lives.

Our condolences to all Irish women.

Seven out of ten Irish ladies say they are not satisfied with sex, yet it‘s not for the lack of trying. An astounding 42 percent of them have sex more than three times a week, The Irish Sun reports.

I abstain from speculating what all of this says about Irish men. Say what you say about their lovemaking skills, they are the most committed men in Europe.

According to the 2010 European Singles Survey, commissioned by PARSHIP, part of Europe’s largest premium online matchmaking service, 57 percent of Ireland’s single men hoped that their next relationship would result in some form of commitment.

Here are some of the survey's tips for dating an Irish man:

Back to the sex survey.

To be fair to Irish men, it’s not just Ireland where people claim less sex is better.

Take Trojan's annual sex census, which has found that people living in Los Angeles have the most sex in the U.S., an average of 135 times a year.

But they aren’t nearly the most satisfied.

That prize goes to Philadelphia, where the sexual satisfaction rate is at 82 percent. Consequently, Philly also ranked number one as the city that has the least sex.