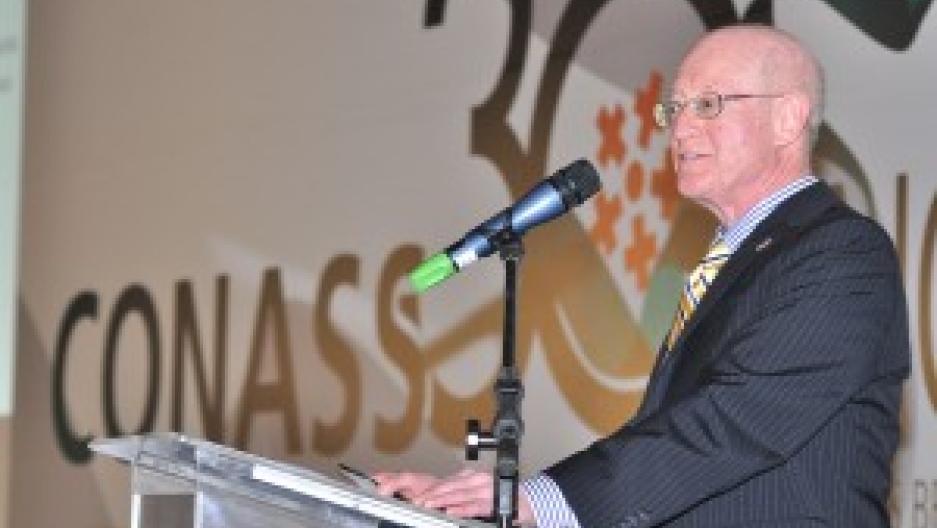 Dr. Michael Rachlis is a leader of the group "Doctors for Fair Taxation," which seeks to raise income tax rates for top income earners in Canada. (Photo courtesy of Michael Rachlis.)

Meet Dr. Michael Rachlis. He wants to give more of his money to the Canadian government.

“I think that we feel as higher income earners, that we want to live in a society, which is more equal, which is healthier, and we’re prepared to pay for it.”

Rachlis doesn’t like the rising inequality he’s seeing in Canada. He blames it partly on tax rates that have been cut dramatically over the past three decades. Rachlis points to research that shows that more economically equal societies are healthier societies.

“So, I’m prepared to pay more taxes to live in a higher quality society, and of course I always have to quote Oliver Wendell Holmes, the esteemed U.S. Supreme (Court) Justice, who said that he didn’t mind paying taxes because he thought he was purchasing civilization,” Rachlis said.

Rachlis is calling for a modest tax increase for the top 10 percent of wage earners. He isn’t a lone voice crying into the Canadian wind. In Ottawa, progressives recently came together for a two-day “Fair Tax Summit.”

Speakers uttered phrases like “paying taxes being a noble enterprise.” There was lots of griping about how tax cuts have disproportionately befitted the top 1 percent of Canadians, and about the impact tax cuts have had on Canadian infrastructure and education.

Of course there are plenty of people in the United States also calling for higher taxes, especially on the wealthy, like Warren Buffett.

But in Canada, this idea seems to be gaining broader support. A recent poll found 64 percent of Canadians would be willing to pay “slightly higher taxes” to protect social programs. In the U.S., polls consistently show about 2 to 5 percent of Americans think they pay less than their fair share.

So how do two cultures, living side by side, come to view taxes so differently?

“There is a sense that in Canada, we’re comfortable with government, it’s something that we need to have in our lives, and something that we are willing to pay for,” said Michael Smart, an economist at the University of Toronto.

He says the average American and average Canadian now pay about the same in income tax. That varies, though, based on where you live and your marginal tax bracket. But Smart says the differing attitudes about paying those taxes can be tracked back to the origins of the two nations.

“As many people know, the United States was founded pretty much on a principle of not wanting to pay taxes to their overlords," Smart said. "Canada’s story is very different. In fact, our origin myth is that we were founded by the people who didn’t want to stay in the United States, who were loyal to the British crown and came here. And I think that idea has stayed in our culture and in our politics.”

Now, before you start to think all Canadians live to be taxed, let’s take a step back.

“I don’t think it’s at all clear that they (Canadians) do like paying taxes anymore than anyone else,” said Finn Poschmann, vice president of research at the C.D. Howe Institute, a conservative think tank in Toronto. “It’s a fairly routine finding in surveys, that if you can ask people if the government should finance something that they believe is good, that they will say, yes, the government should finance it.”

Poschmann says there are plenty of Canadians who want lower taxes. But he says the Canadian system of government requires more compromise, so anti-tax crusaders in Canada are much more moderate and muted than in the United States.

“Nothing like the salience of the anti-tax movement in the U.S. represented by the Tea Party movement," Poschmann said.

Many people in Canada, from all political stripes, were intrigued by the Tea Party.

“I think as Canadians, we view it with a little bit of horror and a kind of voyeuristic fascination in some ways, because it is pretty foreign to our experience,” said Shelia Block, an economist with the Wellesley Institute, a progressive think tank. She’s thinks Canadians are under-taxed.

The challenge for progressives is how to get the word out.

This advertisement comes from the group “Make Poverty History.” It’s promoting what it calls “The Robin Hood Tax” in Canada. Their proposal: Tax the banks.

Several groups are now running pro-tax ads in Canada. Rachlis is encouraged by what he’s seeing.

“It looks like in Ontario we’re going to have our first increase in personal income tax rates in 20 years and so the pendulum, it’s going to swing in the other direction in Canada,” he said. “I’m very happy. As we say, ‘Tax us, Canada is worth it.’”