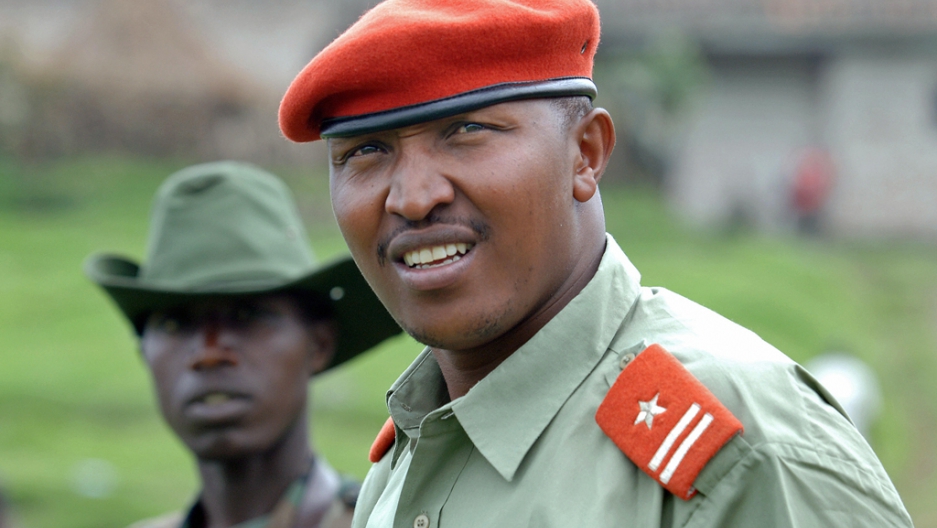 A picture taken on January 11, 2009 shows the leader of the rebels and chief of staff of the National Congress for the Defence of the People (CNDP) General Ntaganda Bosco. The International Criminal Court sought new war crimes charges against him on May 14, 2012.
Credit: LIONEL HEALING
Share

NAIROBI, Kenya — Bosco Ntaganda is the bogeyman of eastern Congo.

He is the source of the current fighting that has so far forced at least 8,000 people to flee their homes over the borders to Rwanda, and he is wanted by the International Criminal Court for war crimes, including the recruitment of child soldiers.

This week the ICC prosecutor leveled additional charges of crimes against humanity against Ntaganda.

In April Ntaganda, known as 'The Terminator,' deserted from the Congolese army into which he had been integrated under a 2009 peace deal. Hundreds of his loyal troops followed him in the mutiny. Ntaganda's move came soon after his former rebel commander, Thomas Lubanga, was himself found guilty by the ICC of recruiting child soldiers.

Now Human Rights Watch has compiled fresh evidence that Ntaganda is continuing to forcibly recruit child soldiers into his militia's ranks, brazenly defying international justice and repeating the crimes for which he has already been charged. HRW said that since April 19 Ntaganda "has forcibly recruited at least 149 boys and young men into his forces."

Reiterating calls for his arrest HRW's Anneke van Woudenberg said: "Bosco Ntaganda is once again committing the very crimes against children for which the International Criminal Court has been demanding his arrest. Children and civilians in eastern Congo will remain at grave risk so long as Ntaganda is at large.”

The ICC has no police force to carry out its arrest warrants so relies on member states act on them. Congo has so far refused to do so arguing that Ntaganda's freedom is the price of relative peace in the east of the country, but his decision to rebel against the army has changed the position of the Congolese government which now says it wants to arrest the former warlord. So far it has met with fierce armed resistance so it may be some time yet before Congo succeeds in this promise.