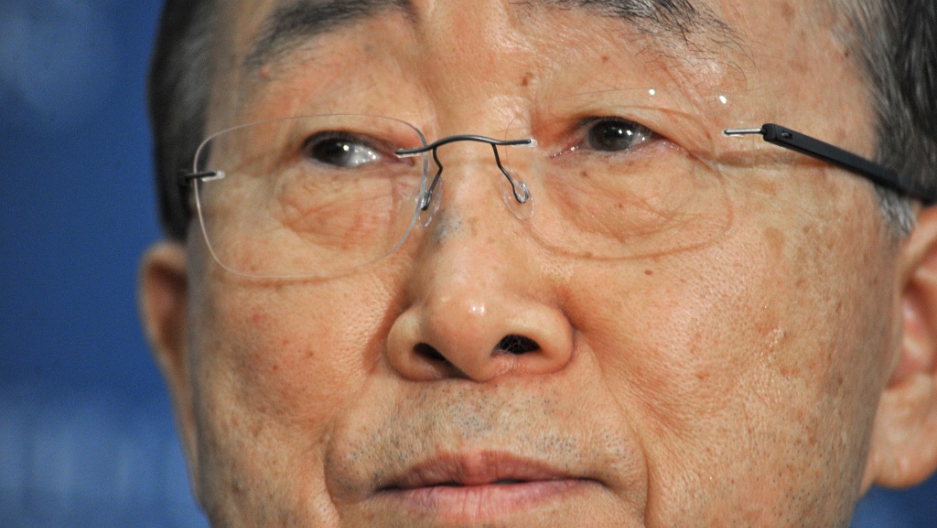 Stock photo of the UN leader Ban Ki Moon. He met Panama's foreign minister Roberto Henriquez with his arm in a sling on Monday and apologised for his appearance.
Credit: Karen Bleier
Share

The United Nations secretary general Ban Ki Moon has injured his hand during a soccer match against diplomats.

AFP quotes the UN spokesman Martin Nesirky as saying that Ban suffered "a minor fracture in his left hand" after a "tumble" during the UN diplomats' spring soccer tournament at Bel Aire Farm estate in New York state over the weekend.

The 67-year-old was taken to see an orthopedic specialist on Saturday night.

He will have his arm in a sling and a cast for six weeks, according to Prensa Latina.

Radio Australia says that Ban was "otherwise absolutely fine and in great spirits," and had returned to work on Monday morning as planned.

Ban has joked that the fracture will not stop him writing or shaking hands.

Ban is a regularly jogger and often takes part in UN sports events.