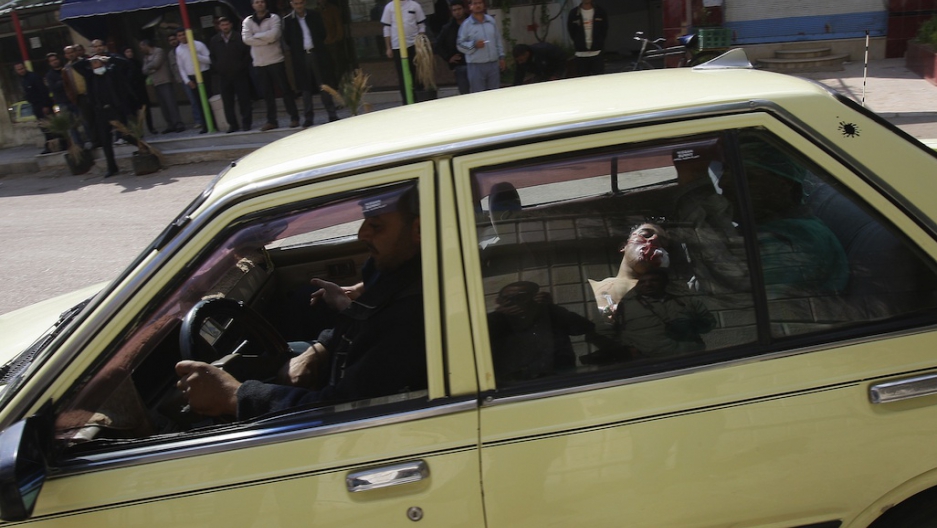 An injured man lies in the back of a vehicle as he is rushed to a hospital in Daraa, on March 23, 2011.
Credit: Anwar Amro
Share

A GlobalPost reporter inside Syria confirmed the report. The journalist, who is in Syria's northern Idlib Province, said a series of secret hospitals has been set up along the border, and in Turkey.

"They can't go to typical hospitals because they risk being either arrested or killed by security forces monitoring them," the GlobalPost reporter, whose identity is being kept secret for security reasons, said.

The injured are often innocent bystanders caught in the conflict.

They are then forced to make long, harrowing journeys over land to get treatment. And often, the GlobalPost journalist said, they don't get there in time or the make-shift clinics aren't equipped to handle serious wounds.

Medical workers are similarly under threat.

"Being caught with patients is like being caught with a weapon," said an orthopedic surgeon interviewed by Doctors Without Borders in a village in Idlib Province. “The atmosphere in most medical facilities is extremely tense; health care workers send wounded patients home and provide only first aid so that facilities can be evacuated quickly in the event of a military operation.”

The report from Doctors Without Borders came at the same time as one from the New York Times that detailed a network of Syrian civilians who are defying the government crackdown to bring aid and medical supplies to residents under siege in rebellious neighborhood and cities.

"The government sees the network as an affront, and has detained anyone caught distributing aid, especially medicine. Activists say the government considers any aid, even humanitarian, as a comfort to its enemies and an opportunity for a long repressed civil society to gain a foothold," the New York Times reported from Damascus.

The practice is not new, although it appears to now be more widespread.

GlobalPost's Hugh Macleod first reported on protesters being denied medical care in May of last year.

A doctor interviewed by GlobalPost in the Damascus suburb of Maadamiyeh then said he was forced to treat patients in private homes because they feared going to hospitals.

“No one from Maadamiya wants to take their wounded to hospital. Security is arresting wounded protesters and taking them to security branches and we don’t know where they are,” the doctor said at the time.