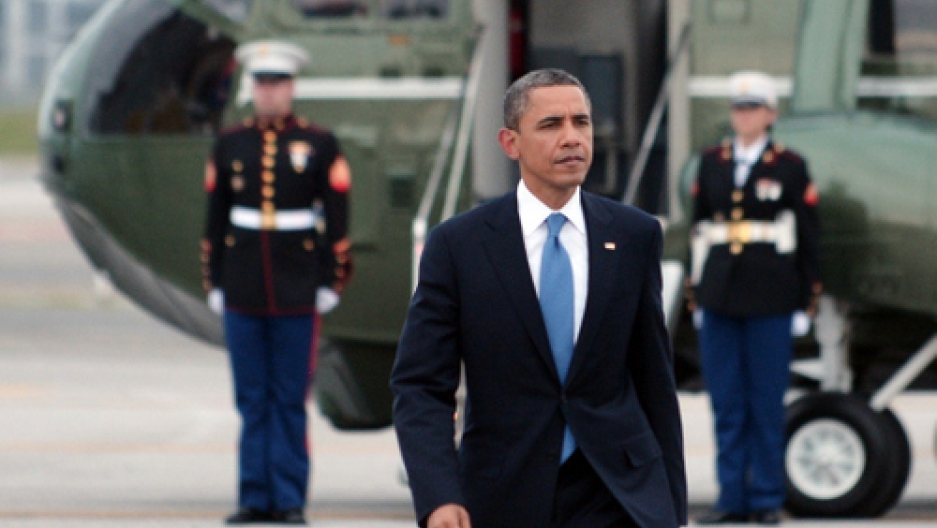 Obama's Indian strategist: Can self-published author Inder Dan Ratnu again offer the president some winning advice? Or did he ever do so in the first place?
Share

Longtime fans of GlobalPost may remember Inder Dan Ratnu, whose story I first told in "Obama's Indian strategist" in 2010.

The upshot? Inder “believes that he deserves credit for [President Obama's] stunning landslide victory in 2008, as his third self-published novel, 'First Lady President,' outlines in detail the strategy behind Obama's 'Yes, We Can' campaign," as I wrote back then.

At the time, Inder was angling for me or another journalist to put Obama on the spot when he visited India, and demand to know whether he'd drawn inspiration from Inder's book.

I wasn't able to accommodate him. But since then, I've thought about re-introducing Inder to GlobalPost readers several times, as he has continued to pitch me ideas about how and why his book on the 2008 US presidential race remains current (if not prophetic).

(One email, which he wanted me to forward to other members of the press corps, ran to 11 pages, if I recall correctly, so I am also writing this post with a little trepidation).

But now I have a news peg: Obama is running for re-election. And, I think you'll find, Inder is irresistible. So in the interest of convincing you to read my first story about him, I'm giving you an update.

In pitching his Obama novel — actually, it was more about Hillary Clinton, whom Inder still insists would really have been the first lady president if she'd bothered to read his book, like Obama did – Inder simply wanted to get his due as a modern-day soothsayer.

"I'm more accurate than Nostradamus," he told me in 2010. "What Nostradamus wrote were the stanzas, the verses, which were poetic, and people made conclusions out of it." Inder's own predictions were clear and specific, he insisted.

This time, though, he wants to influence Obama's campaign without the trouble of writing a 200-odd-page novel (not to mention his ill-fated, Borat-like trip to Washington, where a vigilant bus driver reported him as a terror suspect while he was looking for the McCain campaign HQ).

So he's developed a five-point shortlist of the reasons that Obama will lose this time around – which have nothing to do with, as Inder says, “the reasons of economy, unemployment, obamacare, an unbalanced budget and enormous national debt, etc. (most of which he can always blame upon the preceding republican administration).”

Here's the dirt, edited for brevity:

1. Intellectual “befooling”
Not surprisingly, Inder's top-of-mind reason goes right back to First Lady President: “Obama 'misguided' the American people about the credentials of Hillary Clinton back in 2008 and thus snatched the presidency from her.”

2. His Muslim complex
“[Obama] has been suffering from a complex that he has been a Muslim by birth (right from the time of taking oath) and hence has an extra leverage to improve relations with the Muslim world...” The resulting crisis in Iran and conflict with the Israeli prime minister “will eventually alienate and pit the Jewish lobby 'against' president Obama in the election.”

3. Soft on terror
“He has weakened — through his ‘inexperience’ and ‘naivety’ — by his policies and actions — the overall security apparatus of the United States making it more vulnerable to an attack by Muslim extremists.” .... “This one single point is so powerful that it can bring down the president by itself without the help of any other point.”

4. OBL blowback
“His much acclaimed achievement of killing Osama Bin Laden too would turn into a 'negative' thing instead of a 'positive' one as he failed to capture him alive whereas he could have easily done so.”

5. The Ground Zero mosque
“He has already become instrumental in robbing the American people of the 'peace of their mind' by failing to prevent the construction of a mosque/Islamic center next to WTC. On the contrary, he turned out to be a staunch supporter of it. He has thus succeeded in erecting a ‘temple mount – Al Aqs mosque’ (based in Jerusalem) sort of controversy on the mainland United States.”

Personally, I found "First Lady President" more charitable, and more convincing. But that was with the benefit of hindsight, and a face-to-face explication from the author – which is on offer again, by the way.

“If it interests you, you are most welcome to revert to me for ’evidence’ and further explanations, if needed,” Inder maintains.