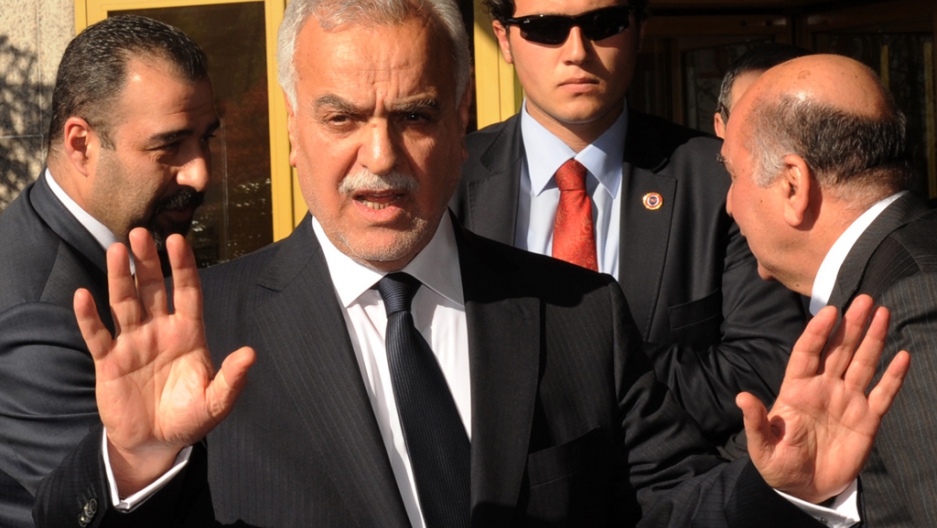 Iraqi Vice President Tariq al-Hashemi was charged with killing six judges and a series of other crimes on April 30, 2012. Hashemi, who has sought refuge in the Kurdish north of Iraq is currently in Istanbul, Turkey and will not appear at his trial.
Credit: BULENT KILIC
Share

The trial of Iraqi Vice-President Tariq al-Hashemi, who fled Baghdad last year after allegations of organizing death squads were leveled against him, has begun in the capital in his absence.

Hashemi, the most senior level Sunni in Shia-dominated Iraq, fled to the country's Kurdish north in December 2011, and is now in Turkey receiving medical treatment.

Prosecutors say he was involved in the killings of 150 Shiite pilgrims and government officials over a number of years, but Hashemi claims the charges against him are politically motivated and amount to persecution by Prime Minister Nouri Maliki’s Shia-led government, the BBC reports.

The trial’s focus at the beginning will be on three murder charges, involving the assassination of figures at Iraq's national security and interior ministries, as well as a female lawyer.

On Tuesday one of Hashemi’s bodyguards testified that he was paid $3,000 to gun down a government security official who have become “a source of annoyance” to the vice-president, according to the Associated Press.

Ahmed al-Jubouri told a three-judge panel in Baghdad’s criminal court that the day after the November 2011 killing – during which the official’s wife was also killed – “Hashemi received me (in his office) and rewarded the team with a sum of $3,000… at the end of the meeting, the vice-president said to me, ‘God bless you.’”

Hashemi’s supporters say some of his bodyguards made allegations about death squads after being tortured. According to Reuters, the crisis sparked by the case has threatened to unravel Iraq’s precarious power-sharing agreement among Shia, Sunni and Kurdish blocs, and political blocs are now haggling over how to ease tensions through a national conference of the country’s leaders.