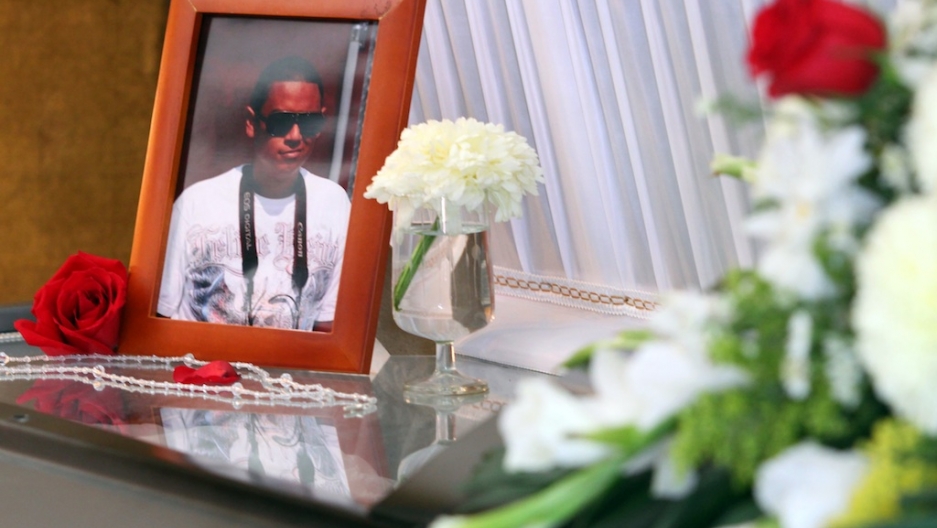 Mexican photojournalist Guillermo Luna was found dead in a canal in the eastern state of Veracruz earlier this month.
Share

Another journalist has been killed in Mexico, this time in the central state of Morelos.

Police on Sunday found the body of Rene Orta Salgado in the trunk of his car in a suburb of Cuernavaca, the capital of Morelos, located 90 kilometers (55 miles) from Mexico City, Spanish news agency EFE reported today.

His face was covered with a bandana and there were no apparent gunshot wounds, El Pais newspaper reported, citing the Morelos Attorney General's office.

Orta Salgado, a former reporter for the El Sol de Cuernavaca, was reported missing by his family on Saturday.

He had left the newspaper to start a group to help elect Institutional Revolutionary Party presidential candidate Enrique Peno Nieto.

An autopsy is being conducted to determine the cause of death, NTN24 reported.

Orta Salgado is the latest journalist to be killed in Mexico where drug-related violence has claimed the lives of more than 47,000 people since President Felipe Calderon stepped up an offensive against the drug cartels when he took office in December 2006.

At least three journalists have been killed in the eastern state of Veracruz -- described by Reporters Without Borders last year as one of the most dangerous places in the world for the media -- in recent weeks where rival drug cartels have been waging an increasingly brutal and deadly war.

On Sunday, the mutilated bodies of 49 people were found dumped at the entrance to the town of San Juan in the country’s north where the hyper-violent Zetas drug cartel is fighting the powerful Sinaloa Cartel for control over smuggling routes into the United States.

The Associated Press said today that authorities were struggling to identify the bodies, whose heads, hands and feet had been chopped off.