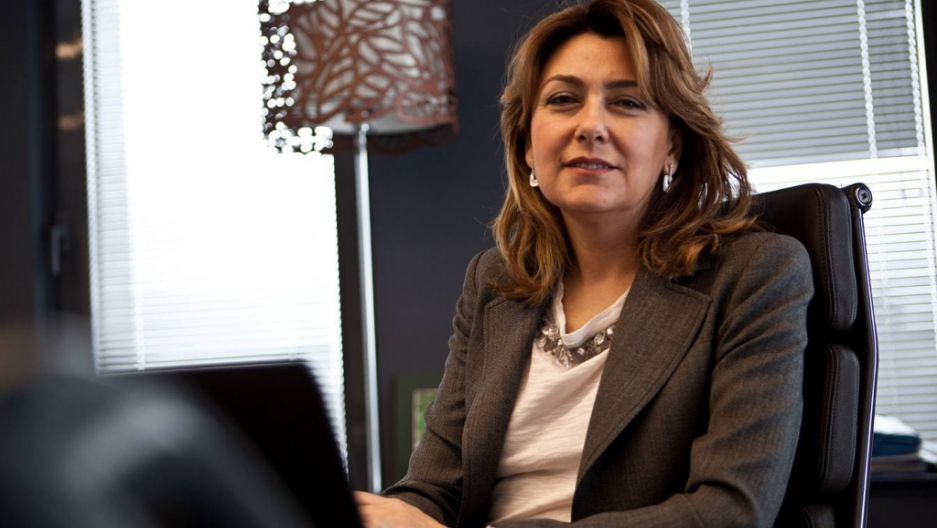 ISTANBUL — Two years ago, Turkish businesswoman Arzuhan Dogan Yalcindag was riding high on success when she was asked to do what most believed was impossible: save the family business.

Yalcindag’s father, media tycoon Aydin Dogan, had just stepped down from his position as CEO of the Dogan Business and Media Groups in early 2010. The company was one of Turkey’s leading industrial and media conglomerates, but had come under fire for tax evasion after a spat with Turkey’s leadership.

Dogan appointed Yalcindag — his eldest daughter — to run the company.

"It was complete chaos – many people thought the holding would not survive the crisis it was in," she said in a recent interview.

Yalcindag was hardly a novice businesswoman, with an MBA from the UK and years of experience at the company. At the time, she was serving a second term as the first chairwoman of the Turkish Industrialists' and Businessmen's Association.

But the challenge was immense: yanking the multibillion dollar empire from the brink of bankruptcy.

That a woman would rise to top positions in such a patriarchal society may seem remarkable. But in Turkey’s leading family enterprises, it’s quite common.

Women are active on the boards of most major family-controlled holdings, and the largest industrial and financial conglomerate in Turkey, Sabanci Holding, is run by a woman, Guler Sabanci. Wealthy secular families have long supported their daughters’ education in Turkey, in part because they are able to pay tuition for all of their children. Poorer Turkish families tend to educate their sons if they can't afford tuition for all of their children.

More from the Suite Spot: Yandex, the Russian Google

"For women who are lucky enough to be born into a privileged class, there is no problem, no glass ceiling whatsoever,“ said Yalcindag, "It’s in the middle and lower classes where equal opportunities for women seriously lag behind."

Born in Istanbul in 1965, Yalcindag was immersed in the business world growing up. Her father was a self-made-entrepreneur who founded his first business in 1958 and became one of Turkey’s richest and most influential men over the years. "For him, two things in his life were essential – his family and his work," she said. "So he always shared his working life with us."

By the time she returned to Turkey in 1990, Dogan had expanded into a massive empire, invested in energy, trade, insurance, tourism, and a media group, Dogan Media Holdings, that had become the largest media enterprise in Turkey. At times, he would be labeled the country’s third most influential man — after the prime minister and the chief of the armed forces of Turkey.

Yalcindag jumped into the family business right away — partly due to interest, but also a sense of obligation.

More from the Suite Spot: Islamic banking on the rise amid the credit crunch

"Our society is still more patriarchic than Western societies and people are much more reluctant to revolt against their parents and choose individual career paths," she said. "No matter how much economic independence and professional success we acquire, there is a certain hierarchy and respect toward elders, which has helped Turkish family companies to remain intact over the years."

Her first accomplishment was founding Milpa Co., one of Turkey’s first mail-order companies. Then she worked on establishing Alternatif Bank, a bank specifically designed to meet the needs of mid-sized companies, and finally moved on to manage one of the group’s newspapers. She later initiated a partnership between CNN International and Doğan Media Holding, which resulted in one of Turkey’s first news channels, CNN Türk in 2000.

As Yalcindag gained national prominence, and even global recognition — she made Forbes’ list of youngest women billionaires in 2008 — her father became embroiled in a bitter power struggle with Prime Minister Recep Tayyip Erdoğan. Having orchestrated government-friendly coverage in his newspapers for years, the tide turned when Doğan lost out on some profitable public contracts. Suddenly the most influential Doğan papers were harshly criticizing Erdoğan. The Turkish leader struck back.

In 2009, Erdogan unleashed tax investigators on his archenemy. They found evidence of $2.3 billion in unpaid — a sum that would ruin even a huge enterprise like Dogan. He conceded defeat, and replaced his harshest editors-in-chief and columnists. In early 2010, he resigned as chief executive, and left his eldest daughter to fix the situation.

More from the Suite Spot: Hotdesking: the office from the (near) future

In some ways, Yalcindag was the perfect choice for the position. She hadn’t been involved in the political manipulations that had made her father so powerful, and her establishment of CNN Türk had gained her a reputation of valuing respectable journalism.

Yalcindag sold some of the group's most critical newspapers and a private news and entertainment channel Star TV. She also pulled the company temporarily from the energy sector, a highly competitive industry that usually brought business and government into conflict, managing to soften Erdogan’s rage and rehabilitate the family business.

Today the holding is slowly steering back towards growth, with the company’s assets growing from $8 billion in 2012 to $8.7 billion last year.

"My father’s management style was very patriarchic, which is normal in the first generation of a family business," she said. "He made all decisions and didn’t like people interfering with them. But the change of leadership inevitably led to a much more modern, transparent and pluralist corporate culture."