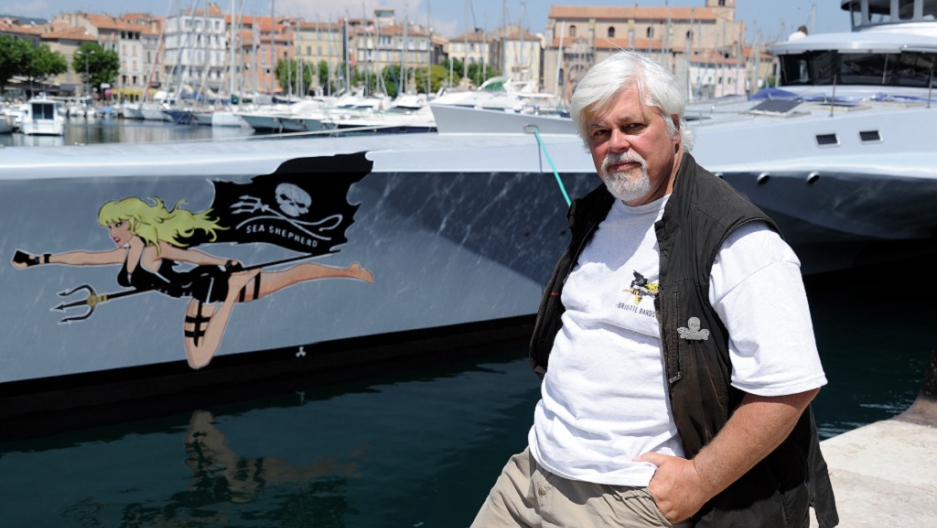 Paul Watson, Canadian founder of the Sea Shepherd Conservation Society, a direct action group for marine conservation. He has been arrested in Germany on a warrant issued by Costa Rica in 2002.
Credit: Gerard Julien
Share

The founder of the anti-whaling Sea Shepherd Conservation Society, Paul Watson, has been arrested in Germany and will be extradited to Costa Rica.

Watson, who was born in Canada and has US citizenship, was stopped by authorities at Frankfort airport on his way to France, the Costa Rica Star says.

He is due to appear in court next Thursday on charges relating to what the newspaper describes as a "bizarre situation that unfolded near Isla del Coco, in the Pacific coast of Costa Rica, back in 2002".

The ABC quotes from a statement released by the group, which labeled the arrest as "nonsense".

It says Watson has been accused of violating ship traffic, when it encountered an illegal shark finning operation run by a Costa Rican ship called the Varadero."

"On order of the Guatemalan authorities, Sea Shepherd instructed the crew of the Varadero to cease their illegal shark finning activities and head back to port to be prosecuted," the statement says, adding that a "a Guatemalan gunboat was then dispatched to intercept the Sea Shepherd crew."

More from GlobalPost: The whale wars - Japan vs Sea Shepherd, an overview.

The Varadero crew accused Watson of attempted murder, and a charge was filed by the Costa Rican authorities.

DigitalJournal says the events were captured on film and used in the award-winning documentary Sharkwater, released in 2007.