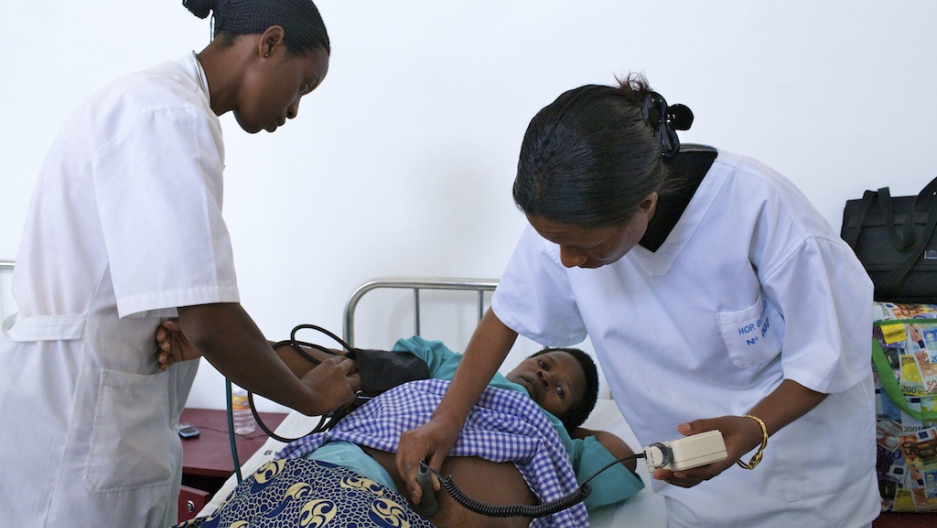 Editors' note: The author is the Executive Director and Co-Founder of Partners In Health, which works to treat the diseases of the poor and to promote health and human rights in areas of the world that have been ravaged by political conflict, poverty, and international neglect.

BOSTON — Today, we celebrate Mother’s Day in the United States. We send cards, flowers, and chocolates. And many of us who are mothers remember the excitement with which we anticipated giving birth and the joy of holding our babies in our arms for the first time.

But for hundreds of millions of poor women around the world, the excitement of pregnancy is overshadowed by deadly peril. Every day, nearly 1,000 women die of complications in pregnancy and childbirth. Over 99 percent of these deaths take place in developing countries and up to 90 percent of them are preventable.

For as long as I can remember, I have been aware that pregnancy and childbirth can be dangerous. My mother, Patricia Neal, was five months pregnant with my sister Lucy when she suffered a massive stroke in February 1965. She and my sister didn’t die — and I wasn’t left motherless at the age of one — because she was in a place where she could receive the best that medical science had to offer: Los Angeles.

But that is hardly the case on the other side of the economic and geographical great divide where I have been working for the past 25 years as a co-founder of Partners In Health. In poor countries like Haiti, Lesotho and Malawi, women routinely and obscenely die because they do not have access to basic healthcare services that we in the United States take for granted — family planning, pre- and post-natal care, delivery assisted by a doctor or midwife, and access to C-sections or blood transfusions in an emergency.

On a recent visit to Malawi, a long-time colleague and friend told a heartbreaking story that underlines how much progress we have made … and how much remains to be done. Dr. Junior Bazile started working with Partners In Health in his native Haiti more than a decade ago. Now he works in one of the poorest countries in Africa, a country where roughly three women out of every 100 die from complications of pregnancy and childbirth.

Eight years ago, Bazile recalled, he was working at an isolated health center in rural Haiti. The clinic wasn’t equipped to perform C-sections or other emergency procedures, and it was separated by miles of backbreaking, unpaved road and a flood-prone river without a bridge from our hospital in Cange.

One rainy night, a woman named Anita was brought to the health center in a state of shock. More than eight hours earlier, she had given birth at home to a baby girl. The baby, her fourth, had been delivered safely with the help of a traditional birth attendant. But the placenta never came out of the uterus. Anita had been bleeding ever since.

Bazile and the health center team knew they had to move fast. They placed two IV lines, loaded Anita into the four-wheel drive vehicle they used as an ambulance, and headed for Cange. They made it safely across the Fond-Enfer (Deep Hell), the river on the outskirts of town. But by the time they reached a deep gorge barely a mile from our hospital, the rain was pouring down harder and shoulder-deep water was surging across the road. Unable to cross the raging stream, they sat helplessly in the ambulance, as the rain hammered down and Anita’s life ebbed away.

Anita’s death wouldn’t happen today. That rural clinic now has the facilities to perform C-sections and other emergency procedures. A sturdy bridge now spans the Fond-Enfer. And the road to Cange has been paved and is properly drained.

Related: Best and worst places to be a mother

But over 350,000 women still die every year in Haiti, Malawi, and other developing countries, because they can’t afford or can’t reach the care they need. They die because they do not have access to the very things that could have saved Anita’s life — a network of care that reaches right into the villages where the most vulnerable women live, that ensures they deliver their babies at health centers with the help of a skilled midwife or doctor, and that can refer and transport them to a hospital with surgical facilities in an emergency.

None of this is rocket science. Doing all of it isn’t cheap or easy — except when compared to the cost of inaction.

How do you quantify the cost of more than 350,000 women’s lives a year? Measured in moral and human terms, the value of even a single woman’s life is incalculable, compounded by the fact that when mothers die in childbirth, their babies often die as well, and their older children are left orphaned and at high risk.

For those who prefer to measure costs in dollars and cents, my friend and fellow co-founder of Partners In Health, Paul Farmer, recently co-authored a paper analyzing the costs and benefits of the most expensive piece of the necessary network of care — surgical services to provide Caesarean delivery for obstructed labor. The conclusion: the economic benefits of saving women from death and disabling injuries would be six times greater than the costs of providing surgical care.

Other studies have shown that doubling global investments in family planning and pregnancy-related care — from $11.8 billion to $24.6 billion — would prevent more than 250,000 maternal deaths a year.

If you do the math, the increased investment amounts to the cost of about six weeks of the war in Afghanistan. That seems a small price to pay to make motherhood as much an occasion for celebration in Haiti and Malawi as it is in the United States.