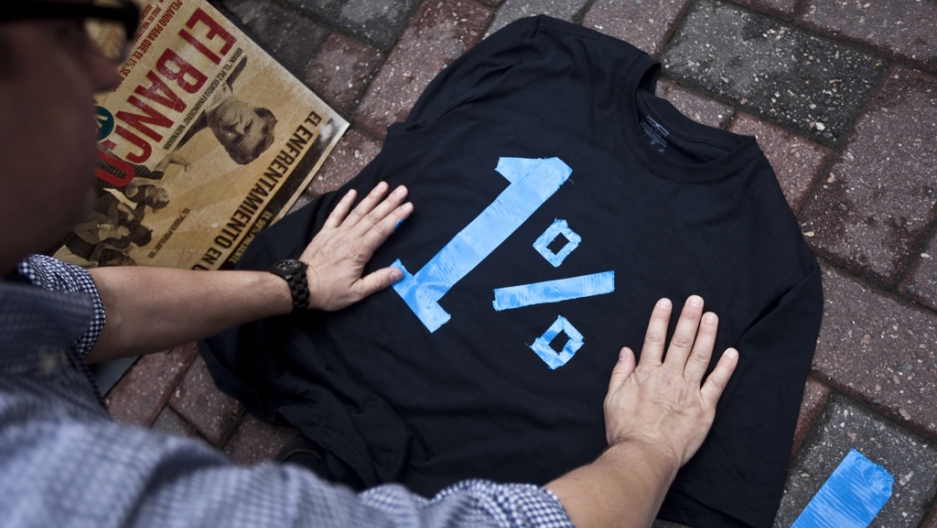 Can the One Percenters find cause with the other 99 Percent?
Credit: John W. Adkisson
Share

LONDON — Ten weeks after officials dismantled a tented camp of Occupy protesters outside the London stock exchange and St Paul’s cathedral, one of their causes has been picked up by an unlikely new campaign group: shareholders.

Investors in the UK rarely rock the boat. But the past few weeks have seen them stage something of a revolt as simmering discontent over executive pay and poor dividends finally comes to the boil.

What has been labeled by the UK media as a “Shareholder Spring” — drawing a somewhat blithe comparison with last year’s uprisings in the Middle East — has seen investors in some of Britain's biggest companies object to pay awards being handed out at the top.

With heads also starting to roll, these newly emboldened shareholders could be further invigorated by renewed government debate over executive accountability. Could they succeed in reshaping the business landscape where Occupy activists and others have failed?

“Shareholders are finally waking up to this sort of thing,” says Deborah Hargreaves, director of the High Pay Centre, an independent think-tank that monitors executive remuneration. “It’s good to see them finally getting some backbone and taking action on this.”

Last week, five companies, including banking giant Barclays and mining firm Xstrata faced revolts due to pay policies. Over half of the investors at insurance company Aviva, shares in which have more than halved in value over the past five years, rejected its remuneration report.

That angry response led to the resignation of chief executive Andrew Moss.

Shareholder wrath has also been directed at individuals. Sly Bailey, who presided over sharply declining fortunes at the Trinity Mirror media group, quit after investor outrage over her $2.7 million pay deal. David Brennan was also forced to stand down from drug company AstraZeneca in similar circumstances.

At Barclays, nearly a third of shareholders rejected pay packages that included $27 million for chief executive Bob Diamond. They then rounded on Alison Carnwath, the non-executive director who authorized the pay packages. More than one in five failed to back her re-election.

There have been echoes on the other side of the Atlantic, where Citigroup's Vikram Pandit faced shareholders upset that his high pay did not reflect the company's performance. Two separate pension funds have also questioned leadership at Sprint and Wal-Mart.

Read more: What the UK report on Murdoch means for his empire

So-called “fat-cat pay” and big business “bonus culture” has long been a contentious issue in the UK, provoking plenty of public ire, but nothing in the way of legislation from successive governments reluctant to interfere with the country’s freewheeling financial services sector.

With the Shareholder Spring expected to continue, some boardrooms may yet be spared blood on the carpet, since investor votes over executive pay are advisory rather than binding.

So, why is such shareholder militancy now on the rise? Hargreaves says much of it stems from the unavoidable and pervasive effects of an economic downturn that has seen the UK face its first “double-dip” recession since particularly grim financial times in the 1970s.

“There’s a huge amount of public anger out there, and as people realize they’ve not benefited very much from economic growth over the past 10 years while rewards have been channeled to those at the top, people stop to question the fairness of that,” she told GlobalPost.

Caution abounds, however. While some share fund and pension managers are responding to the public mood, other are shying away from votes aimed at unseating executives, since rudderless companies make for poor investments. Observers suggest they are also wary of deploying tactics that could easily be used against them.

“If the proposition is that to curb corporate greed and pay without performance we should turn to the financial services sector, then I am inclined to raise an eyebrow,” says John Hendry, a professor of management at the University of Reading.

Read more: In London, a win for Boris even as voters reject austerity

Instead, it now looks as if the government may finally be stepping up to the plate. New measures to empower shareholders were announced by Queen Elizabeth this week in a ceremonial speech to parliament that outlines legislation to be considered by lawmakers.

Under proposals tabled by Business Secretary Vince Cable, shareholders will have the ability to vote down directors' pay they deem excessive, although the threshold of support they will need has yet to be specified.

“As a government, we have no objection with the principle of successful executives being well paid ... what we do think is necessary is to reinforce the powers of shareholders where you have excessive and unjustified pay,” Cable told the BBC.

Hargreaves welcomes such moves, but says that the legislation must demand approval from 75 percent of shareholders to sign off on pay packages. Additionally, she wants employees to have a voice on remuneration committees.

“That would inject a little bit of common-sense thinking into debates on pay,” she added.

Whether such moves will usher in the kind of financial accountability demanded by supporters of the UK Occupy movement is another matter.

Occupy isn’t taking any chances, urging activists to heed a global May 12 call to action. “Meet at 1pm, St Paul’s Cathedral,” its London website implores. In possible anticipation of a long struggle, it adds: “Bring a tent.”