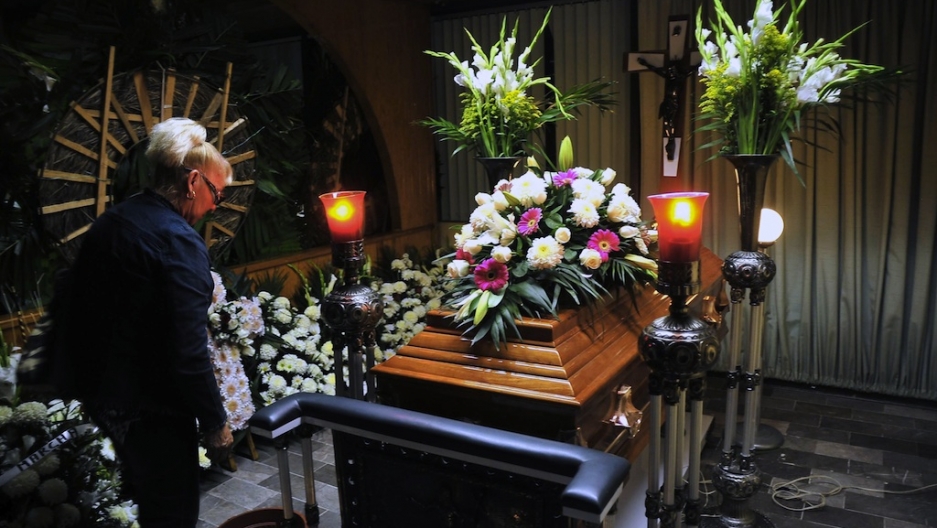 A woman stands next to the coffin of Mexican journalist Regina Martinez, in Xalapa, Veracruz State, Mexico, on April 29, 2012. Martinez, a crime reporter for national magazine Proceso, was found dead in her house last month.
Share

Authorities in Mexico have arrested a senior member of the violent Zetas drug cartel who is suspected of being involved in the torture and murders of four marines last month, the Associated Press reported today.

The four marines were kidnapped and killed on April 18 in Xalapa, the capital of violence-hit Veracruz state, as they returned from a training course, the AP said, citing navy spokesman Jose Luis Vergara.

Marines have been deployed to many parts of Veracruz to take over security duties because drug cartels have intimidated or corrupted local police.

Milenio said Hernandez Rodriguez, described as a top Zetas hit man, has been linked to at least seven murders.

The arrest comes after a spate of violence in the Gulf coast state in recent weeks.

The dismembered bodies of two photojournalists were found in Veracruz last week, just days after a magazine reporter was found dead in her home in the same state.

Veracruz has been the scene of a brutal and deadly war between the paramilitary Zetas and New Generation, a cartel based in the western state of Jalisco and allied with the Sinaloa cartel.

In 2011 Reporters Without Borders described Veracruz as one of the deadliest places in the world for journalists. Scores of journalists have been killed in Mexico in the past decade as drug-related violence intensified.