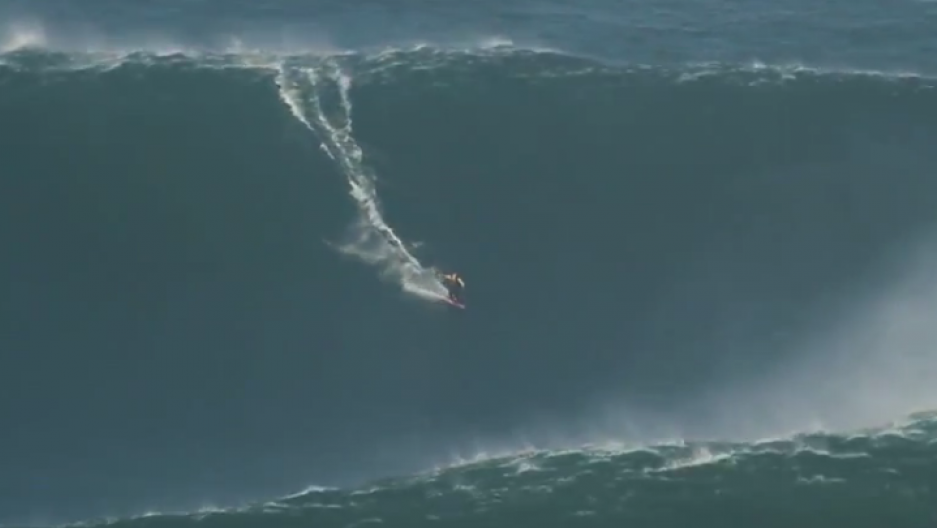 Just how gnarly can surfing get?

Last November Garrett McNamara caught the world record 78 foot wave off the coast of Portugal, beating the previous 2008 record by more than a foot, according to the BBC. However it was not until this week that the ride was officially recognized by the Guinness Book of World Records.

More from GlobalPost: Volcano boarding: the latest in adventure-tourism

According to the Christian Science Monitor, McNamara said, he didn't want to attempt the waves that day after wiping out so many times on even bigger swells in the same spot. "I was really beat-up that morning.This day, I did not want to get out of bed," McNamara said.

However, after a little prodding from friends, McNamara paddled out to catch a few waves.

Of his world record ride, McNamara told the AP, "I knew it was big, but I didn't know how big."

At the request of the townspeople in Nazare, Portugal, McNamara sent the wave footage and pictures to surfing legend Sean Collins. Collins estimated the wave was 85 to 90 feet tall.

The official word on the record comes one week after McNamara was awarded $15,000 for the ride at the Billabong XXL Global Big Wave Awards, Sports Illustrated reported.

Staying humble, McNamara told the AP he only hopes his epic ride will inspire others to live their dreams saying, "The world would be a much better place if everyone was doing what they wanted to do."