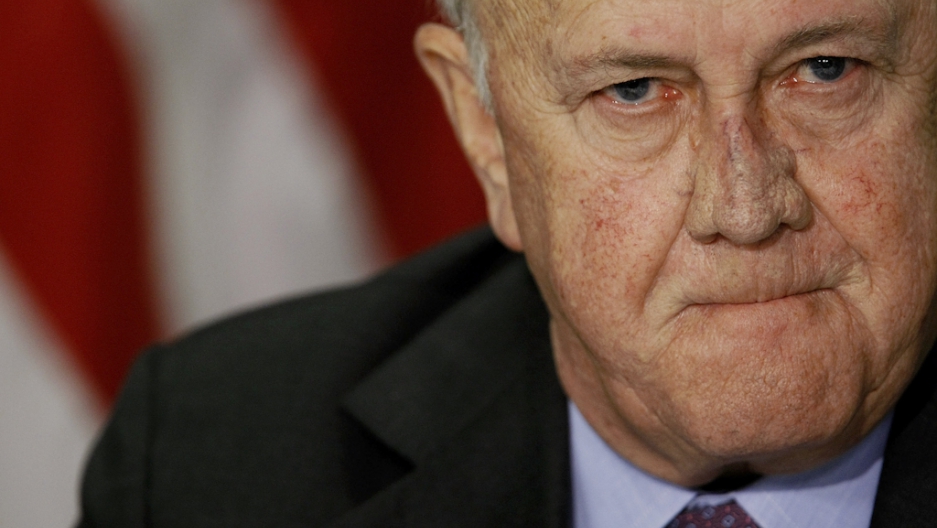 JOHANNESBURG, South Africa — Former president FW de Klerk has sparked outrage among South Africans over comments he made in a CNN interview with Christiane Amanpour.

De Klerk, the country's last white ruler, was interviewed by Amanpour while attending a summit of Nobel laureates in Chicago. He and Nelson Mandela jointly won a Nobel Peace Prize in 1993 for bringing an end to apartheid.

In the wide-ranging interview, broadcast Thursday night, de Klerk defended the system of black African "homelands," also known as bantustans, which were a series of puppet states created under South Africa's racist apartheid government in an attempt to separate people by their ethnicity.

“I have made the most profound apology in front of the Truth Commission and on other occasions about the injustices which were wrought by apartheid," de Klerk said, according to a CNN transcript.

“What I haven’t apologized for is the original concept of seeking to bring justice to all South Africans through the concept of nation states [essentially creating two separate states, one black and one white].”

“But in South Africa it failed,” he said.

De Klerk was later asked again if he thought apartheid was morally repugnant.

“I can only say in a qualified way,” he replied. “Inasmuch as it trampled human right, it was — and remains — and that I’ve said also publicly, morally reprehensible.”

“But the concept of giving as the Czechs have it and the Slovaks have it, of saying that ethnic unities with one culture, with one language, can be happy and can fulfill their democratic aspirations in an own state, that is not repugnant.”

De Klerk was also asked about his relationship with Mandela.

“We call each other on birthdays,” he said. “There is no animosity left between us.”

"Historically, there was," he added.

De Klerk in a speech last month in Johannesburg said Mandela was a "brutal and unfair" political opponent and not a "holy man."

"I do not subscribe to the general hagiography surrounding Mandela," he said, reflecting on their tense negotiations over democratic reforms in the early 1990s. "He was by no means the avuncular and saintlike figure so widely depicted today".