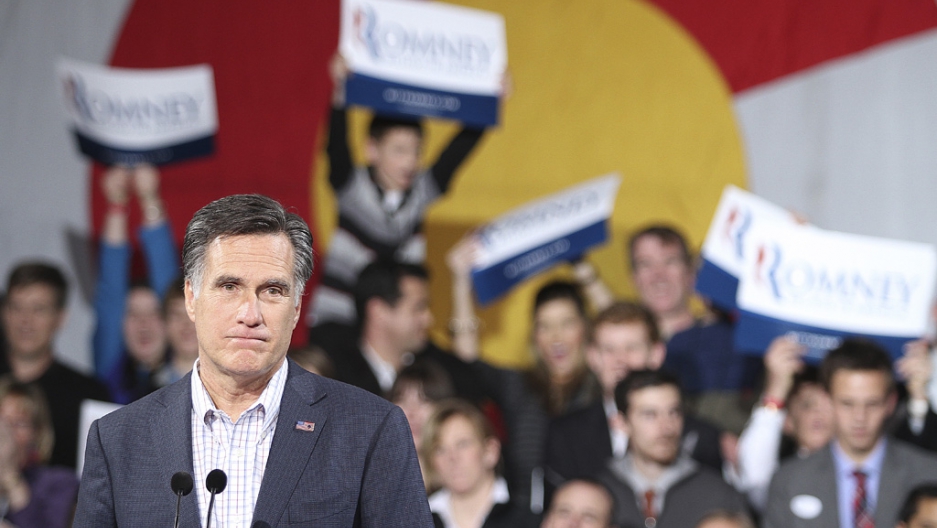 According to Romney's classmate Matthew Friedemann, Romney was a bully during his years at the prestigious Cranbrook school.

Friedemann told The Washington Post, Romney was obsessed with John Lauber, a Cranbrook student one year below them. According to Friedemann, Lauber was a nonconformist who had bleach-blonde hair that draped over one eye. Other students presumed he was gay.

Romney, who is the presumed GOP candidate for the November presidential election, has come out in recent days reaffirming his position on same-sex marriage. He told a Denver Fox affiliate, "Well, when these issues were raised in my state of Massachusetts, I indicated my view, which is I do not favor marriage between people of the same gender, and I do not favor civil unions if they are identical to marriage other than by name. My view is the domestic partnership benefits, hospital visitation rights, and the like are appropriate but that the others are not."

Of Lauber's unique look, Friedemann recalls Romney saying, "He can’t look like that. That’s wrong. Just look at him!”

Several days later, Friedemann said Romney came, "marching out of his own room ahead of a prep school posse shouting about their plan to cut Lauber’s hair," said The Washington Post. "Friedemann followed them to a nearby room where they came upon Lauber, tackled him and pinned him to the ground. As Lauber, his eyes filling with tears, screamed for help, Romney repeatedly clipped his hair with a pair of scissors."

More from GlobalPost: Obama leads Romney in one new poll, virtually tied in another

While the high school memories could be the wild imagination of one scorned classmate, The Washington Post claims the report has been corroborated by five different classmates including Friedemann, Phillip Maxwell, Thomas Buford and David Seed, who were independently interviewed and all spoke on the record.

Maxwell described the attack as "vicious."

The world will never hear Lauber's side of the story. According to Gothamist, he died in 2004 of liver cancer.

Seed told The Washington Post he ran into Lauber in an airport shortly before he died. Seed said, “I’m sorry that I didn’t do more to help in the situation,” Lauber reportedly responded, “It was horrible.”

Romney's campaign replied to the claims by saying he has absolutely no recollection of the incident. According to The National Post,  Andrea Saul, a campaign spokewomen for Romney, said in a statement, “Anyone who knows Mitt Romney knows that he doesn’t have a mean-spirited bone in his body. The stories of fifty years ago seem exaggerated and off base and Governor Romney has no memory of participating in these incidents.”

This morning, in an interview on Kilmeade and Friends radio show, Romney said, “I’m not going to be too concerned about their piece they talk about the fact that I played a lot of pranks in high school and they describe some that well you just say to yourself, back in high school well I did some dumb things and if anybody was hurt by that or offended obviously I apologize but overall high school years were a long time ago."