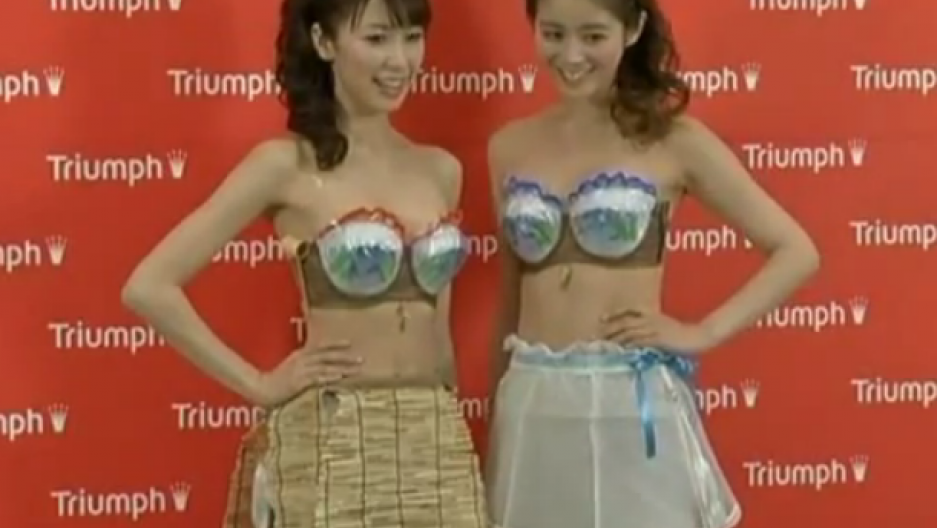 Triumph has released the perfect bra to protect Japanese women from the summer heat.

The Huffington Post reported the company came up with the novel idea in response to the need to conserve energy during the hot Japanese summers.

This summer might be of particular worry as Japan recently shut down its last nuclear reactor, prompting warnings of an energy crisis to come this summer.

The appropriately titled "Super Cool Bra" comes with built-in ice packs so women can stay cool when the air conditioning is out.

According to the AFP, the manufacturer is looking to not only keep women cool, but to also refresh all five senses with their new bra.

The cups are filled with a gel that remains soft and supple even when frozen, giving the wearer "a cool sensation against her skin".

Beyond the special gel packs, the boned side of the bra also holds a mini fan to keep women even cooler.

Each cup is designed to resemble a small fish tank, according to Fox News, which manufacturers say makes the bra "visually cool."

Triumph explained to Fox, the bra is finished off with decorative mint leaves and wind chimes that dangle between the breasts and aim to "produce coolness in the senses of smell and hearing."

Hopefully Triumph actually releases the product in time for summer. According to the AFP, the company has a long tradition of novelty launches that are never made available for public sale.