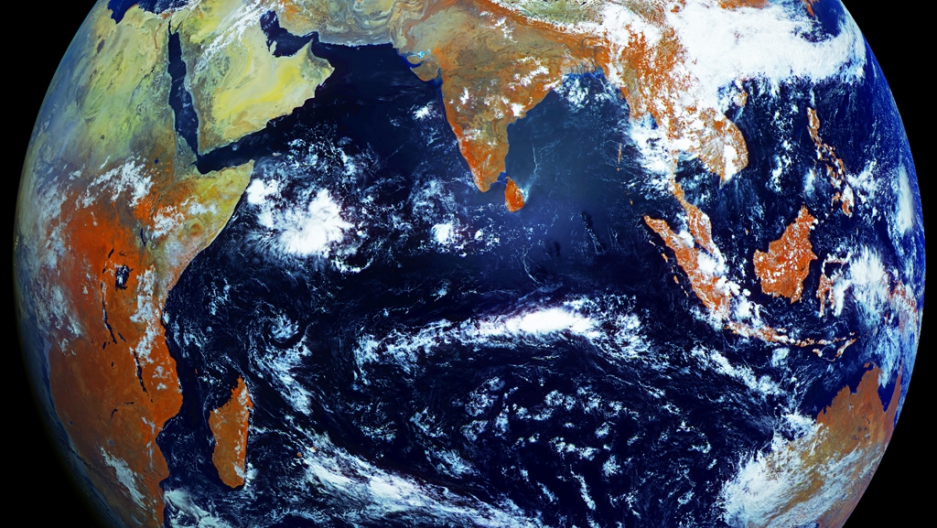 Unlike other pictures of our planet, the portrait was taken in one single shot, and is the highest resolution image of Earth yet, at 121 megapixels, according to Gizmodo.

The Elektro-L 1 satellite, which is currently orbiting Earth 36,000 kilometers above the equator, captures photos of the changing weather of the planet below every half-hour, according to Wired, which has the images available for download.

Though the images taken by the Russian satellite are impressive, they're not necessarily "better" or "worse" than the composites of the planet we're used to seeing, according to Robert Simmon, a scientist at the NASA Earth Observatory.

"Elektro-L is a Russian Satellite similar to GOES (the satellites that provide the cloud image loops shown on the news every night)," Simmon told Gizmodo. "The images are a combination of visible and near-infrared wavelengths, so they show the Earth in a way not visible to human eyes (vegetation looks red, for example). They're not any better or worse than NASA images, but they show different things."

You can find more high-resolution photos of our fair planet here.