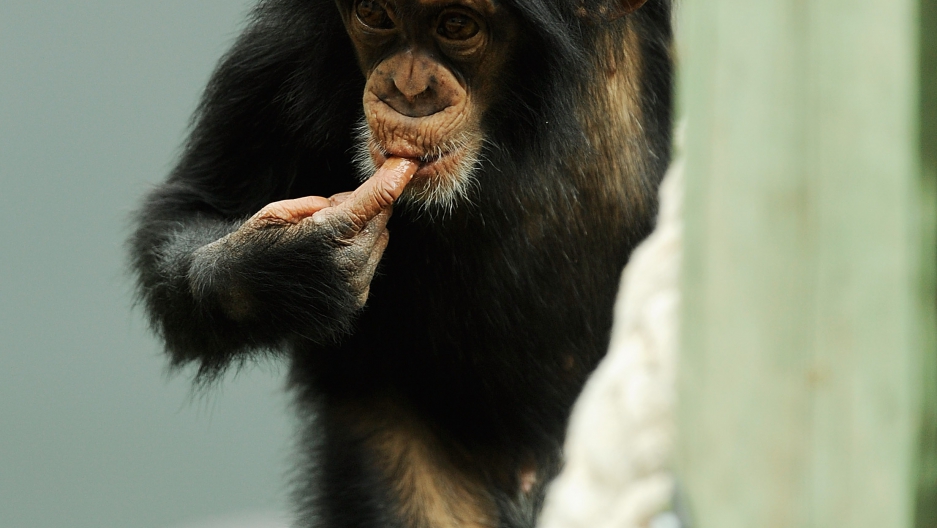 A study of nut cracking among chimpanzees reveals that each has their own style.
Credit: Cameron Spencer
Share

Chimpanzees may differ from one another in culture and way of doing things, a new study suggests.

A study of chimp nut-cracking techniques shows differentiation between neighbors that may reveal cultural preferences.

"In humans, cultural differences are an essential part of what distinguishes neighboring groups that live in very similar environments," said Lydia Luncz of the Max Planck Institute for Evolutionary Anthropology, reported Phys Org.

"For the first time, a very similar situation has been found in wild chimpanzees living in the Taï National Park, Côte d'Ivoire, demonstrating that they share with us the ability for fine-scale cultural differentiation."

According to Live Science, the researchers looked at 45 chimpanzees for three different groupings over several nut-cracking seasons.

Chimps maintain the difference despite awareness of other methods among neighboring groups.

Previous studies have looked at chimp culture among groups that are geographically far apart.

This study looked at neighboring communities, which helps rule out the possibility of large genetic differences or ecological differences that might explain particular behaviors.

"We have documented differences in hammer choice within a single forest block, with members of three different adjacent chimpanzee communities that are in regular contact with one another and are thus not genetically differentiated," Luncz said, according to the Daily Mail.

The findings were published in the journal Current Biology.