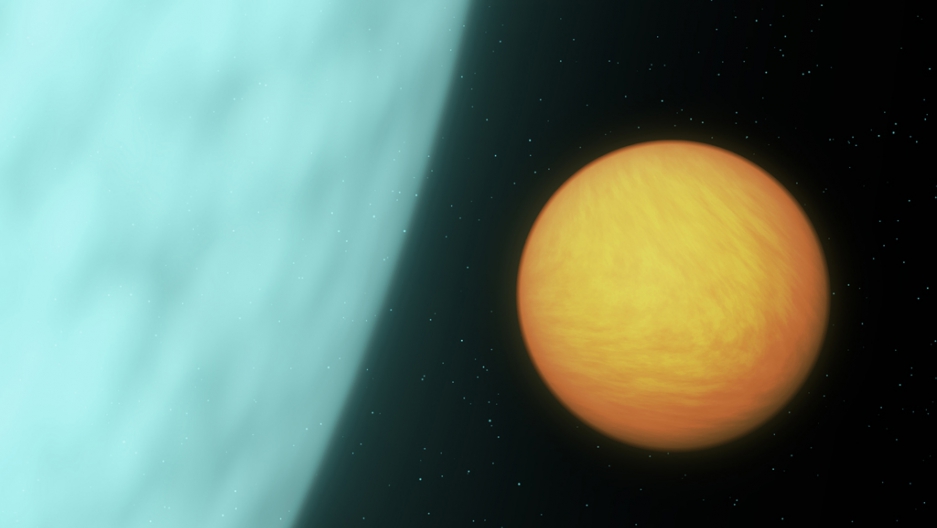 The light from an alien 'super-earth' was detected by a NASA space telescope. Above: artist's conception.
Credit: NASA/JPL-Caltech
Share

Light from an alien 'super-Earth' outside the solar system was detected by NASA's Spitzer Space Telescope.

NASA said the find was a monumental step in searching for life on other planets.

The planet called 55 cancri e, which orbits the star confusingly called 55 Cancri, is not habitable and cannot support life as its ground temperature is enough to melt metal.

It is about double the size of our planet, falling into the category "super Earth," said Red Orbit, and about eight times the mass.

The space telescope analyzes how light from the nearby star changed as 55 Cancri e passed in front of it, said NASA.

Read more on GlobalPost: Asteroid craters might hold key to life on Mars

The Spitzer was the first telescope to find light outside our solar system in 2005.

"The spacecraft is pioneering the study of atmospheres of distant planets and paving the way for NASA's upcoming James Webb Space Telescope to apply a similar technique on potentially habitable planets."

According to scientists, the planet is a relatively close at 41 light-years away from Earth.

Cancri e is the closest planet to the star, with four other planets further away.