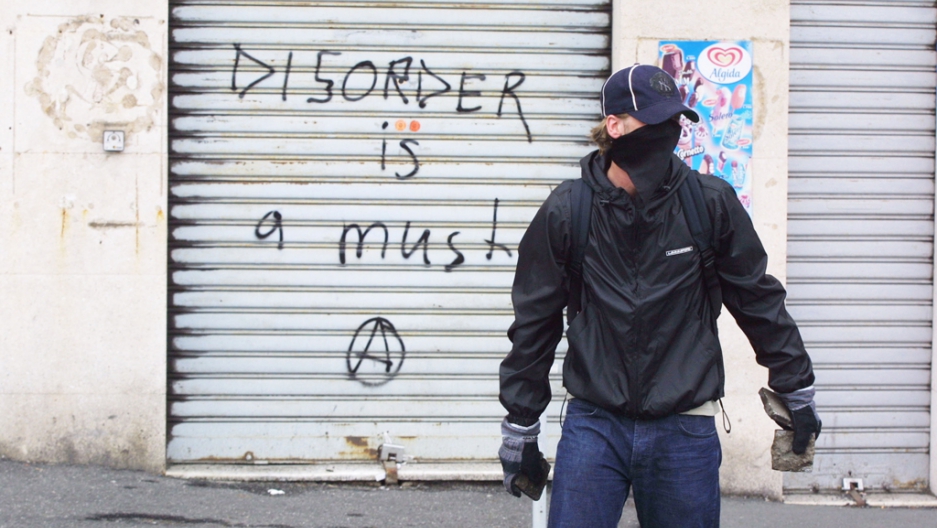 An anti-G8 protester carrying pavement stones passes a graffitied storefront in central Genoa. Officials suspect Genoa's anarchists may have been responsible for the shooting of the CEO of a nuclear firm.
Credit: Ansaldo Nucleare
Share

Roberto Adinolfi, the CEO of Italian nuclear firm Ansaldo Nucleare, was shot in the street outside his home in Genoa on Monday, BBC News reported.

Adinolfi, whose company is majority owned by Italian defense conglomerate Finmeccanica, was shot in the knee by two men on a black Yamaha motorbike, Reuters reported. He was not in a serious condition.

The attack is reminiscent of the politically motivated anarchist violence that swept Italy in the 1970s and 80s, the Daily Mail reported. Shooting people in the legs, also known as "kneecapping," was a common practice of the Red Brigades, a left-wing guerrilla group that perpetuated a campaign of violence to destabilize Italy during that period.

One of the Red Brigades' first attacks in the 1970s had targeted managers of Ansaldo, the Daily Mail pointed out.

"If this attack was linked to a political or social dispute this would be very serious, something unseen for years and the result of an extremely complex climate and a difficult situation in the industrial sector," said Alessandro Pansa, the CEO of Finmeccanica, BBC News reported.

Adinolfi has been at the helm of Ansaldo Nucleare — which focuses on nuclear engineering and has built plants in China, the Czech Republic, and Romania — since 2007, according to the Daily Mail.

Italy's anarchist movement has a definitive presence in Genoa, and police were investigating growing requests among anarchists in the region for "a shift to a new phase that could lead to armed action," the Daily Mail reported.

"We hope investigators can find as quickly as possible those responsible for an act that brings us back to a very sad chapter of Italian history," said Lorenzo Cesa of the centrist UDC party, according to MSNBC.

No group has yet to claim responsibility for the shooting, Genoa chief prosecutor Michele Di Lecce told the Daily Mail.

Politicians across Italy's political spectrum condemned the attack on Adinolfi, some blaming a growing "climate of hatred" in the country as a result of the recession, MSNBC reported. The country recently introducted tough austerity measures to quell the economic crisis, and is among the European economies countries that has been hit the hardest by the Euro zone's financial woes.