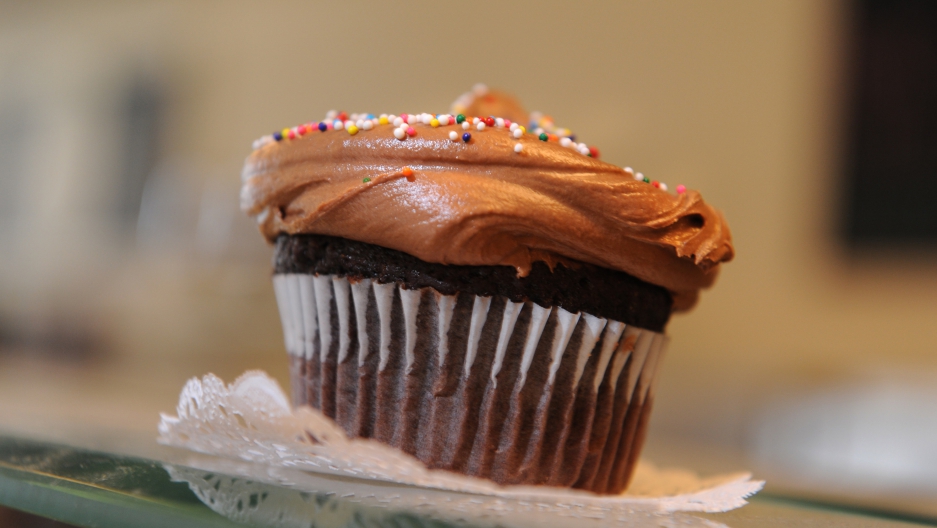 A cupcake at the Magnolia Bakery at Rockefeller Center in New York.
Credit: Stan Honda
Share

The state’s new nutrition rules forbid the sale or serving of unhealthy food that’s not part of the regular lunch program in hallways, cafeterias, vending machines or school stores from 30 minutes before the school day begins until 30 minutes after it ends, the Boston Herald reported. Bake sales are banned, as are cupcakes brought to school for junior’s classmates on his birthday.

Officials are even encouraging schools to apply the ban 24/7, which would end sales of foods like hot dogs and baked goods at evening, weekend and community events, the Boston Herald reported.

"Clearly it's to really create an environment in schools where kids have an opportunity to make choices among healthy options,” Mass. Department of Public Health Medical Director Dr. Lauren Smith told ABC affiliate WCVB TV in Boston. “We're at a place in Massachusetts where one-third of our kids in schools are either overweight or obese.”

Parents and boosters, who say they rely on bake sales to generate extra money for sports teams and the arts, are greeting the news with dismay.

“The goal is to raise money,” Maura Dawley of Scituate, Mass., told the Boston Herald. “You’re going to be able to sell pizza. You’re not going to get that selling apples and bananas. It’s silly.”