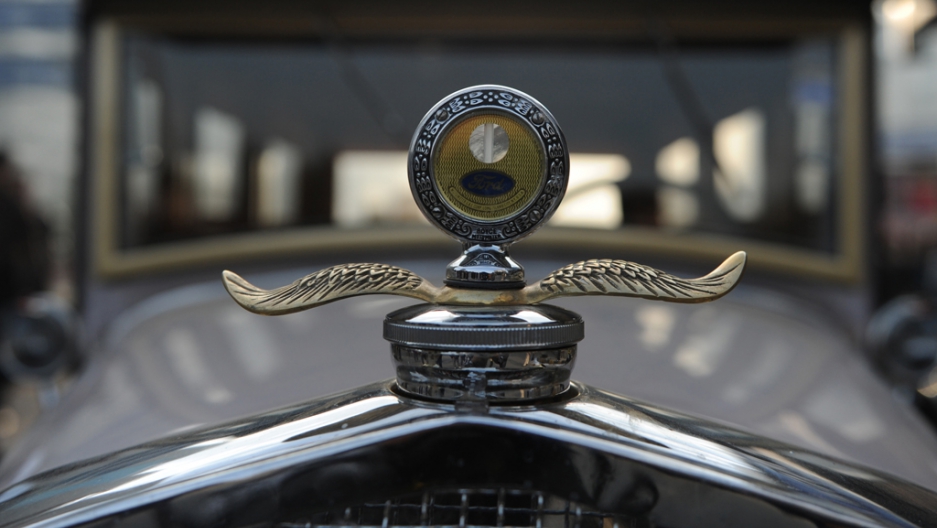 NEW DELHI, India — Ten years ago, the performance of American automobile makers in India was so dismal, you could drive for days without seeing a single Ford or General Motors car.

But with hot money burning a hole in their pockets and a return to profitability — April sales were down for both, but each reported growth in the first quarter — both Ford and GM are finally making waves in the world's second-fastest growing car market.

“If you look at how these companies have done in past three or four years, there has been a signficant increase in volumes,” said Pragya Bansal, an automotive industry analyst at Fitch Ratings. Ford Motor Company, for instance, has nearly doubled its market share over the past five years.

The trouble is that both Ford and GM are working from a dismally low base. Both companies virtually ignored India during the 1990s in their headlong pursuit of the joint venture with China's Shanghai Automotive Industry Corp (now known as SAIC) — which GM eventually won. And what little energy Detroit did devote to India was mostly directed at doomed attempts to sell the cars the companies were making elsewhere instead of the cars India wanted.

As a result, Japan's Suzuki took a massive lead through its Maruti-Suzuki joint venture, and upstart Korean car maker Hyundai jumped out to take a market share of more than 20 percent. Ford, in contrast, owns only about 5 percent of the market even after doubling its share on the back of its new success, Fitch Ratings' Bansal said.

A bigger pie, and more pieces

According to the Society of Indian Automobile Manufacturers, Maruti Suzuki India's share of India's passenger car market fell to 48.7 percent in 2011 from 50.1 percent in 2009. Hyundai's market share fell to 18.1 percent from 20.6 percent. And Tata Motors dropped to 12.9 percent from 13.2 percent.

While GM gave back a little ground, too, dropping to 4.4 percent from 4.6 percent, it's still doing better than during the bad old days. And Ford was a big winner with a jump to 4.8 percent from 2.3 percent, thanks to the success of the Figo.

But the real story is sales volumes. India is where the action is. And even as the big players lose share to new entrants, everybody's sales are booming.

More dramatically, Society of Indian Automobile Manufacturers forecasts sales volumes of 5 million vehicles by 2015 and more than 9 million by 2020, and predicts that by 2050 India will have more cars on the road than any other country.

It's no wonder that Ford and GM are stepping up their game.

After half-hearted failures with the outdated Escort and various Opel models, Ford and GM have over the past five years revamped their India strategies to emulate the industry's most successful players — launching made-for-India hatchbacks, increasing their focus on diesel engines, and cutting prices to the bone. Their success is visible on the roads in Chennai and Delhi, where among the post-2010 models Ford and Chevrolet cars seem to be almost as common as Hyundais.

“I put it down to a strategy that includes us competing successfully in the heart of the market, which is the small car market,” said Nigel Wark, executive director for marketing, sales and service at Ford India. “In fisherman's terms we're now capable of fishing where the fish are.”

Ford's first taste of success came in with the Ikon, a cheap four-door sedan based on the Fiesta model sold in Europe. But its biggest leap forward so far has come from the Figo, a hatchback designed especially for India and other emerging markets that accounted for about three-quarters of the company's sales last year. And it plans to launch at least six new compact models by 2015, including a “compact SUV” called the EcoSport.

GM hit the ground running when it shuttered Opel and introduced its Chevrolet brand, rolling out eight new models since 2003. But its biggest success has come with the launch of its own cheap hatchbacks — the Aveo, Spark and Beat — which have come with an aggressive pricing and merchandizing strategy.

“What Chevy did was gave me about 20,000 rupees [$500] worth of freebies — including an audio system, a security system, a gear lock that's not part of the standard system and other small things like a car cover, black strips and a bunch of stuff,” said Pierre Fitter, a young Indian who recently bought his first car (like many Goans, he has a Western-sounding name). “What really sold me was the free servicing for three years.”

No doubt the American carmakers are dipping into the marketing budget to compete with Hyundai and Maruti-Suzuki. They're also tapping the cheap money flooding US credit markets post-2008 to finance massive expansion plans in India, with billion-dollar investments on the cards for new factories that will dramatically increase manufacturing capacity.

“Because of access to cheaper money they're able to undertake massive expansion,” said Fitch's Bansal. “Ford is investing about $2 billion in emerging economies, of which $1 billion is coming to India only.”