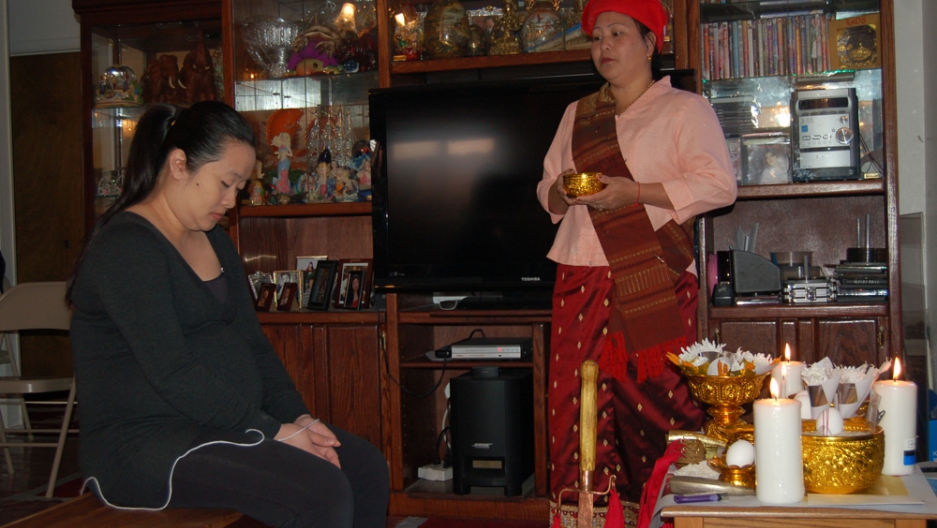 May Yang, a Hmong shaman, performs a traditional ceremony for a pregnant woman in the small Central Valley town of Winton, California.
Credit:

California’s Central Valley is home to thousands of Hmong refugees from Laos. But local hospitals and doctors there have struggled to treat them.

Traditionally the Hmong were more likely to see a shaman than a doctor when they were sick, so many of them ended up getting treated in the emergency room. But that’s changing thanks to a program called “Partners in Healing" began in Merced.

A Hmong shaman dressed in an ornate red costume is standing in a crowded living room in Winton, a small town in central California. She sways back and forth rhythmically as she shakes small ceremonial bells and chants over a young pregnant woman who sits quietly.

A rope is lightly tied around the woman’s stomach. It connects to another rope wrapped around the belly of a newly slaughtered pig that lies on a plastic sheet in the living room.

After the ceremony, the woman and her family prepare the pig for a feast. 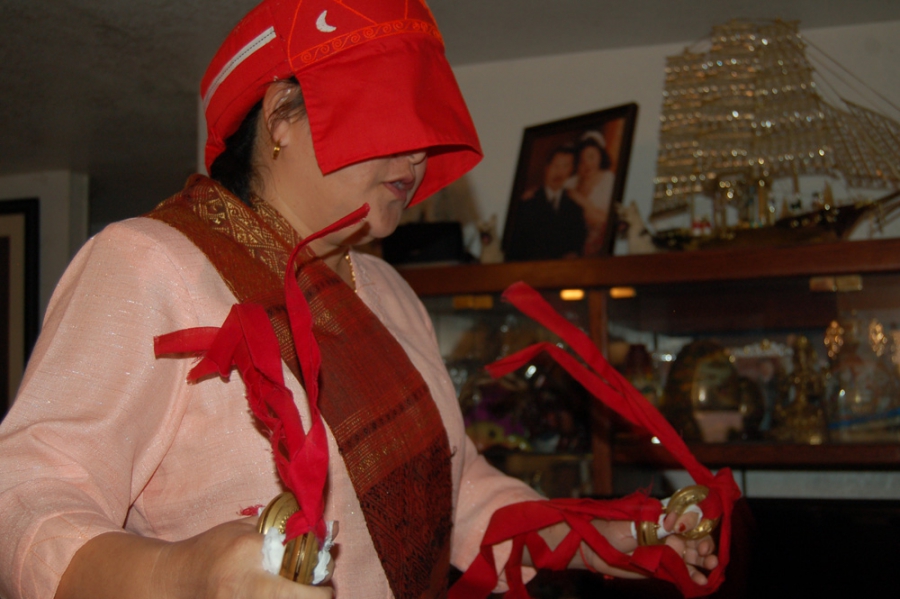 A Hmong shamans chants and rattles ceremonial bells at a healing ceremony.
Credit:

May Yang is the shaman. She said the ceremony was to help the mother and baby. The Hmong traditionally believe that physical health depends on the soul’s health. In this case, the pregnant woman and her unborn child’s souls are bound together, and that connection has to be severed before the birth - otherwise both mother and child could get ill or die. The shaman is the only person who can do this “soul-splitting” ceremony. That’s where the pig comes in.

The chants are a sort of negotiation with the spirit world. The shamans offer the slaughtered pig’s soul in exchange for a safe delivery. May Yang said this has been, in essence, the Hmong version of prenatal care. But Yang said things are changing.

“The Hmong, they had a very difficult time to understand western medicine,” she said. “Nowadays people are more likely to visit a doctor when they’re sick.”

That’s because Yang and other shamans are being trained in western medicine. And are now more likely to refer their patients to doctors. This was crucial because Hmong health care, especially for women, was in a sorry state.

“When my patient call to do a ceremony, I usually tell them to go the doctor first,” she said. “If the doctor cannot find anything then they will come to me and I will do the ceremony for them.”

Yang is one of many that have been trained at the Partners in Healing program at Mercy Medical Center. It’s a unique program in Merced that teaches the shamans the basics of western medicine, like what X-Rays are, what heart monitors do, and when to call for an ambulance. 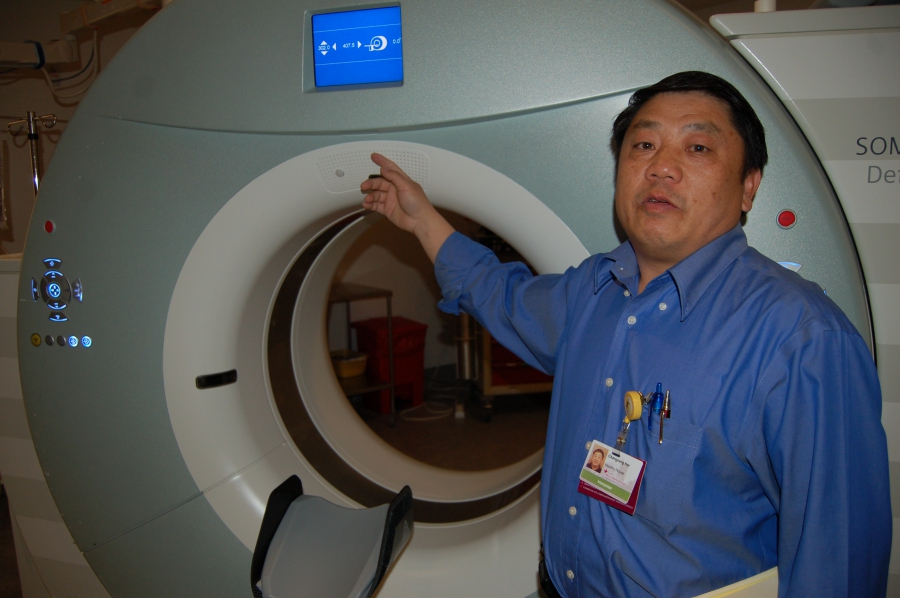 Changvang Her demonstrates how a CAT Scan machine at Mercy Medical Center plays an automated recording of his voice giving directions in Hmong — for when he's not around to translate.
Credit:

Changvang Her is an interpreter who translates for shamans and the hospital’s Hmong patients.

Changvang demonstrated how an automated recording of his voice explains in Hmong how to take a CAT Scan -- for when he’s not around to translate for patients.

Her also acts as a cultural broker between the shamans and medical staff. He said the key is to explain things like CAT Scans in a way that’s sensitive to how shamans see the world.

“The doctor use this (CAT Scan) to see illness and disease, whereas the shaman they can see spirits, so we make that comparison so they understand about the equipment,” he said.

Changvang Her said the Partners in Healing program, now in its twelfth year, makes shamans and the Hmong community more trusting of western health care. The reverse is also true -- doctors now know what to expect from their Hmong patients.

Janice Wilkerson directs cultural programs at the hospital in Merced. She said doctors made some mistakes at first they weren’t very proud of -- and did not want to have happen again.

“Part of their belief is if you have surgery and you cut a person open, than you’re releasing their spirit,” she explained as an example.

And you can imagine how that would play out in an emergency room, she said. But Wilkerson said the Hmong refugees and their doctors now know what to expect. Partly because the Partners in Healing program has trained over one hundred shamans throughout California/the Central Valley about things like incisions during surgery. Now physicians in countries with growing Hmong populations, like Australia and Germany, look to Merced as a model.