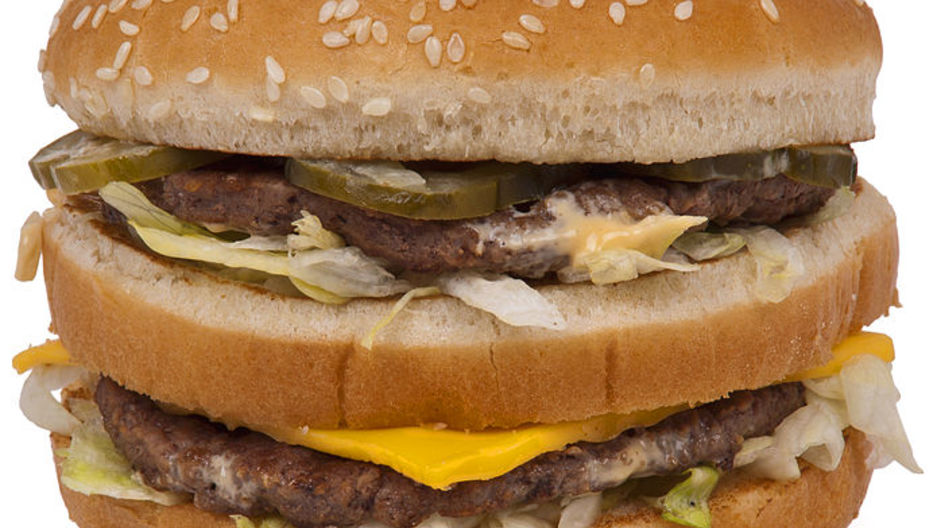 A McDonald's Big Mac. (Photo by Evan-Amos via Wikimedia Commons.)

The Big Mac is ubiquitous.

With operations in 119 countries aroung the globe, it's available to residents of most country's. It's price, therefore, is a suprisingly robust predictor of economic development.

Orley Ashenfelter is the author of the Big Mac index, a measurement of a country's wealth based on the average wages of a McDonald's employee over the cost of a Big Mac. He said he had an epiphany about international economics while traveling in India. He visited a local McDonald's and had a local Big Marc, which at the time was made from ground lamb. He made a discovery about India's economy based on its McDonald's.

"I found out a worker made about 15 rupees," Ashenfelter said. "So what that means is, they were making about 25 cents an hour, and the Big Mac was gonna cost me about a dollar and a quarter. So all in all, it was a good deal for me. I got a cheap Big Mac, and then I realized 'Oh my god, they're not making very much money.'"

Ashenfelter said using McDonald's as a wealth indicator is attractive because they prepare their food the same way globally, the "predictability" aspect of McDonalidzation.

"The reason is because of food safety. When McDonald's sells in a country like China or India, where half the people cannot drink the water safely, you or I could not drink it at all, what they sell is food safety. You don't get sick, so this is a very high reward for them. They're growing like crazy in China. Fifty thousand employees already. They have another 50,000 probably coming on this year," Ashenfelter said. "It wouldn't surprise me if they have a million people working in McDonald's in two quarters. So what it does is it gives you a window on the economy. Of course it's at a certain wage level, and it lets you have some idea of how productive a country is. And probably more importantly, whether it's growing."

Conversely, Ashenfelter said wage levels will have to decrease in countries experiencing economic downturn, like Greece.

Ashenfelter explained that in poorer countries, like India, only wealthy individuals would be able to eat at a McDonald's. This is how the employee wages over cost of a Big Mac measurement indicates a nation's wealth.

"In the developed world, you earn two to three Bic Macs per hour of work. In a place like India, the typical Indian worker would never eat a Big Mac. It costs too much money for them. Instead of earning three Big Macs, they're earning a quarter of a Big Mac or a third of a Big Mac per hour, so it take them half a day to earn enough money to eat something like that," Ashenfelter said.

There may be some limitation to the measurement. While food preparation and food safety may be universal, McDonald's burgers are not the same worldwide, often varying in size and content. India, for example, does not use beef in its burgers. The demand for McDonald's is also not the same across the globe.

However, Ashenfelter prefers using Big Mac comparison over other products, like cell phones, because they are what he called "quasi-tradable."

"Half of what goes into the Big Mac is brought in from outside the country and traded, and half of it isn't, it's the labor. Cell phones, of course, are all entirely tradeable, so they should be the same price everywhere. That won't be the case with the Big Mac, so a Big Mac gives you a special window," Ashenfelter said.