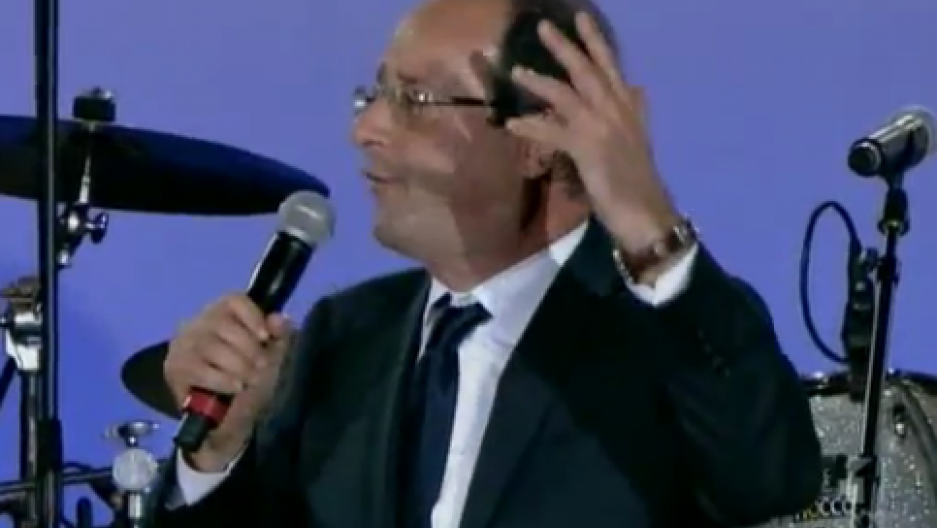 François Hollande was elected president of France over the weekend, promising to change his predecessor's policy of austerity. (Photo from ABCau video.)

Already, the reverberations are being felt in advance of what many businesspeople expect will be Hollande's rollback of the platform of austerity spending and higher taxes advanced by Sarkozy and many other European leaders. The euro fell Monday morning and stock markets across Asia and Europe were generally down as traders reacted to Hollande's victory, election results in Greece as well as a weak U.S. labor report late last week.

Hollande is the first challenger to beat a French incumbent since 1981. While he's expected to take a different approach than Sarkozy in terms of austerity and tax hikes, both Hollande and Sarkozy have pledged to produce a balanced budget within five years, The New York Times reported.

"Austerity need not be Europe’s fate," Hollande said, according to The Times, after calling his victory a fresh start for France. "I take the measure of the honor that’s been given me and the challenge that awaits me."

According to the BBC, Germany's Chancellor Angela Merkel was already moving quickly to hold together the close relationship she and Sarkozy had enjoyed. Hollande has called for the renegotiation of a key European financial treaty championed by Merkel and Sarkozy.

Merkel invited Hollande to Germany for discussions, but said the fiscal treaty was not "up for grabs."

Hollande is expected to take office later this month.