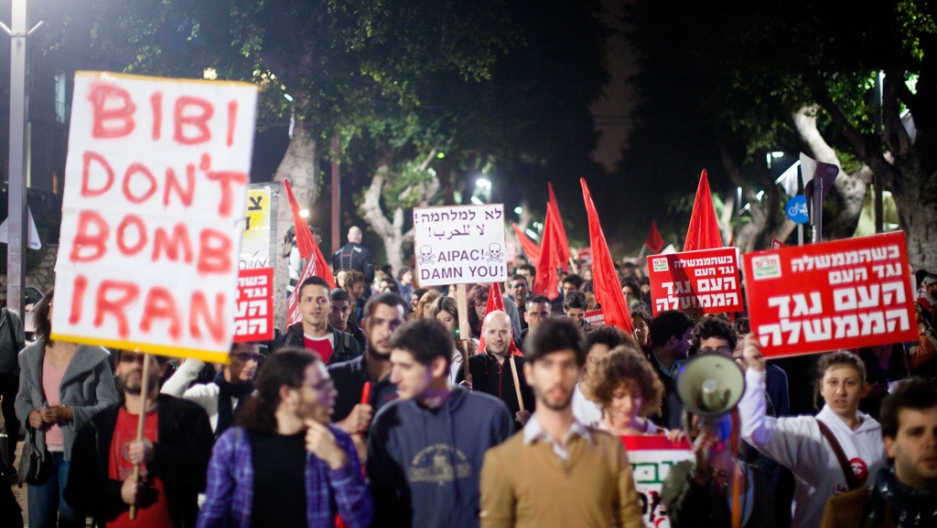 With the coming of spring, green shoots and optimism tend to return. And in the Middle East, at least one manifestation of this has been a calming of tensions between Israel and Iran.

Israel’s assertion that Iran is bent on building a nuclear weapon has hovered over the region, as well as the world’s foreign ministries and global energy markets.

In spite of very real concerns in Israel about the motives of the Iranian regime, a growing body of evidence indicates that much of the rhetoric surrounding the issue is tactical: in effect, an effort at brinksmanship by Israel, the United States and other parties interested in preventing the emergence of a nuclear armed Iran (including several of Iran’s Muslim neighbors, Saudi Arabia and Turkey).

Talking up the possibility that military action is imminent, this thinking goes, lends credibility and leverage in ongoing talks aimed at a diplomatic solution.

The fact is, two of the three players — the US and Iran — have vested (though differing) interests in avoiding conflict.

More from GlobalPost: For Israel's Netanyahu, Iran is good politics

In the past several weeks, a number of prominent current and former Israeli officials, including the army’s chief of staff, Lt. Gen. Benny Gantz, have questioned the idea that Iran is driving toward the weaponization of its nuclear program and the theory — often espoused by Prime Minister Benjamin Netanyahu — that Iran is an irrational actor that will inevitably use nuclear weapons on Israel.

Of equal importance, these critics say, is the fact that there appears to be little to suggest that a military strike would do anything but legitimize an Iranian nuclear weapons program, destroying a good deal of global support for efforts to negotiate a solution that would prevent that result.

The decision by Netanyahu and others to elevate the issue to existential levels has made it much harder for outsiders to counsel caution.

The issue is profoundly emotional and rooted in a historic fear of annihilation dating to the Holocaust, and an Israeli government could calculate that even if the likelihood of military success is slight, the political risks of doing nothing in the face of Iranian proliferation are great.

Still, it bears asking: What if, against the advice of its American allies and its own security establishment, the Netanyahu government orders a pre-emptive strike on Iran’s nuclear research and production facilities?

Here’s a look at some likely scenarios.

More from GlobalPost: Has Israel's isolation helped protect its economy?

In the case that a conflict remains limited, the Iranian nuclear program could be delayed 3 years, and retaliation would be thwarted or limited by Iranian fear of escalation. An oil spike would be limited to risk aversion. The US would be able to steer clear of the conflict.

In this scenario, Iranian retaliation would be limited to strikes on Israel by using Hezbollah. US involvement would be defensive only. Oil prices would rise to $170 a barrel, worsening the euro zone recession and halting US recovery. Support for sanctions would collapse in Asia and Europe.

Sustained conflict would mean that the United States and Gulf Cooperation Council countries, including Saudi Arabia, are drawn into a conflict by Iranian retaliation. Iran would disrupt Gulf oil flows by attacking key pipelines and pumping stations. Unrest would be stoked in Iraq, Lebanon and parts of Afghanistan. Hezbollah and radical Palestinian factions would attack Israel, helped along by Iranian missile strikes. The feared Revolutionary Guard might initiate a global terror against Israeli and Western interests. Oil would climb to $200 per barrel for a sustained period. And the euro zone would approach depression as the United States falls back into recession.

In the worst-case scenario, an Israeli strike would prompt massive Iranian retaliation against the US, Saudi Arabian and Israeli assets in the region. The United States would join in full force, suffering major casualties as a result of Chinese-made Silkworm anti-shipping missiles in the Iranian arsenal. Initial bomb damage assessments could convince Israel its airstrikes failed to destroy Iran’s program, causing Israel to float the possibility of using tactical nukes to finish the job. The coordinated US-Israeli action would alienate the Arab world and broader international opinion, radicalizing Egypt and Iraq. Oil would climb above $200 per barrel for a sustained period. Gulf shipping lanes would be deeply compromised and Saudi and other Gulf countries facilities would suffer serious damage. Near economic depression would strike the United States and the euro zone as bond spreads skyrocket. And emerging markets around the world would collapse.

Editor’s Note: Michael Moran, a GlobalPost contributing columnist since 2008, is editor-in-chief of Renaissance Insights, the political risk and thought leadership division of the global investment bank Renaissance Capital. Follow Michael Moran on Twitter or read his new book, The Reckoning: Debt, Democracy and the Future of American Power.