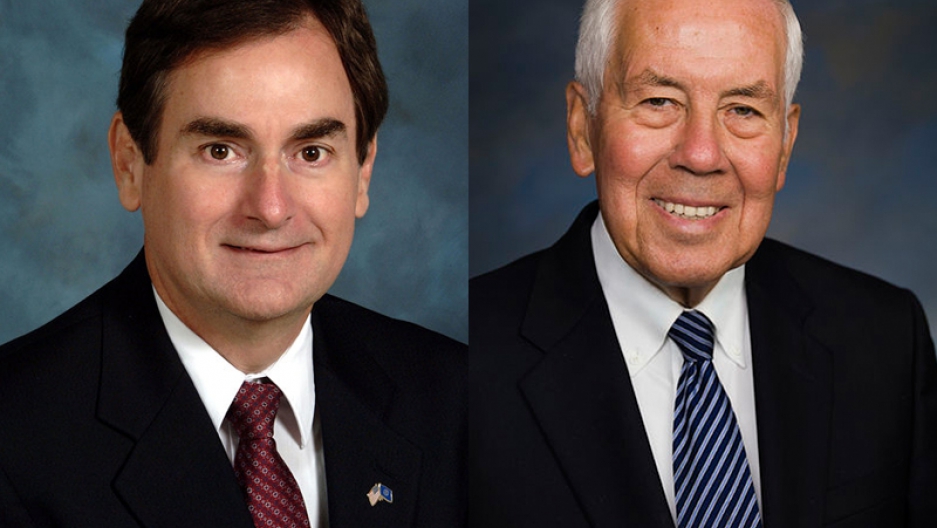 There's the Blue Dog Democrats, who have been dwindling in number, and moderate Republicans have been targeted by Tea Party activists for ouster from office as well. Indiana Republican Senator Dick Lugar, a moderate, may be the next moderate to be ousted from office.

Indiana's primary elections will be held Tuesday, and with Mitt Romney all-but-guaranteed to be the Republican nominee, the focus has shifted down the ticket to Lugar and his race with Richard Mourdock, the conservative Republican state treasurer who has the endorsement of the Tea Party. In the most recent polls, Mourdock leads Lugar, who has served six terms in the Senate, by 10 points.

Mary Beth Schneider, a political reporter at the Indianapolis Star, said this year's tough fight was presaged in a similar battle in 2010, when a fractured Tea Party was unable to pick a single candidate and saw moderate Dan Coats elected to the Senate for the second time in his life.

"The Tea Party very much did not like him, because he'd been living in Virginia, because he'd been a lobbyist," she said. "They split their vote among four candidates. Dan Coats won the primary with 39 percent and went onto win in November."

The Tea Party activists vowed they wouldn't be divided again, and this year they seem to be following through.

Schneider said there are many reasons Dick Lugar is behind, not the least of which is a general wave of anti-incumbent feelings across the country. Another reason, perhaps the biggest, is his voting record: He's pro-earmarks, he believes in deference to the president for judicial nominees and voted to confirm Elena Kagan and Sonia Sotomayor to the U.S. Supreme Court, Schneider said, while pointing out that he's also voted for the conservative nominees he's been presented as well.

"That does not sit well with many who are in the Tea Party," she said.

Schneider said his age, 80, is also a factor, as was his decision in 1977 when he was first elected to Congress to sell his Indianapolis home and buy a residence in Virginia.

"It seemed to come as a shock to people," Schneider said.

All signs are pointing to a Mourdock victory in the primary, which has Democrats thrilled, Schneider said.

"They think Mourdock is a better target for them in the fall," she added.