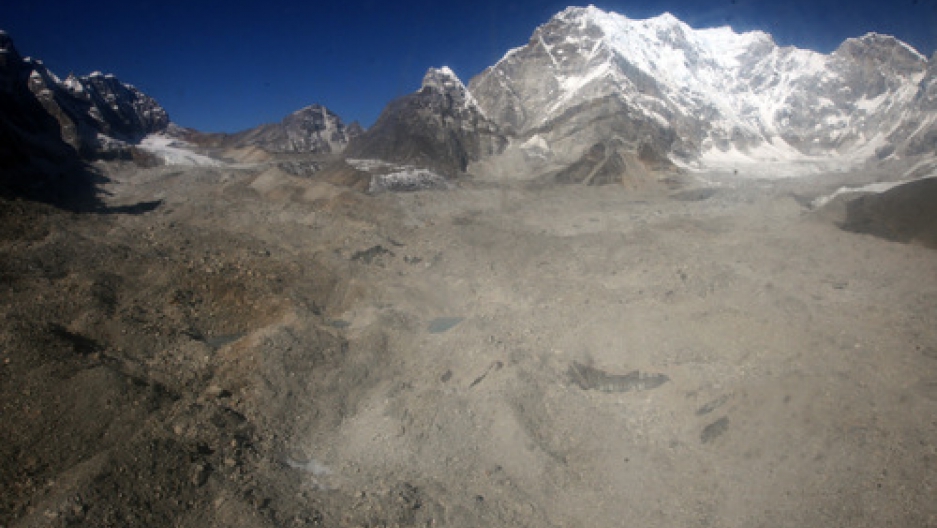 This aerial photograph taken on December 4, 2009 shows a glacier in the Everest region some 140 km (87 miles) northeast of Kathmandu. The Himalayan glaciers provide water for more than a billion people in Asia, but experts say they are melting at an alarming rate
Credit: PRAKASH MATHEMA
Share

A glacial lake burst Saturday in the Nepalese Himalayas, causing a flash flood that killed at least 13 people and left 60 more unaccounted for, PTI reports.

Another signal of the potentially deadly mounting cost of climate change, the flash flood, like several other glacial lakes that have burst in China, is believed to be the result of the melting of the Himalayan glaciers.

The torrent swept away houses, farms and cattle near the tourist resort of Pokhara, and three Russian trekkers were among the missing, PTI said.

This is the first glacial lake to burst within Nepal.

Since a debacle that resulted in the Intergovernmental Panel on Climate Change wildly overestimating the rate at which the Himalayan glaciers are melting, the issue has mostly fallen off newspaper pages. But for people living in the region, flooding is only the most dramatic worry.


Before long, local communities are likely to face a disastrous water shortage, since most of India and Pakistan depends on glacial runoff for fresh water.