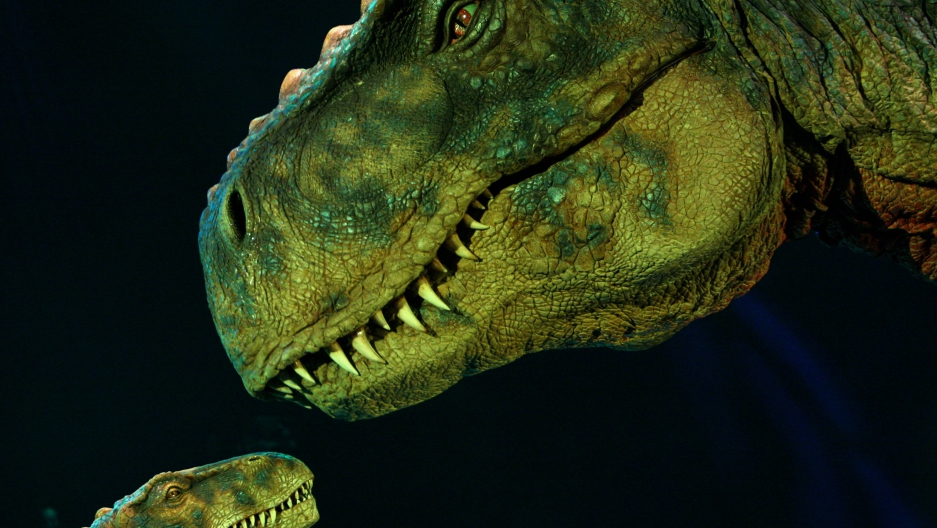 British scientists have found dinosaurs may have produced enough methane gas to negatively affect the environment.

Study leader Dr. Dave Wilkinson, from Liverpool John Moores University, told The Telegraph,''Indeed, our calculations suggest that these dinosaurs could have produced more methane than all modern sources."

The Telegraph notes that Sauropods, who roamed the earth nearly 150 million years ago, produced more gas than all modern-day counterparts both natural and man-made. According to the research group, this may be because of their vegetarian lifestyles.

More from GlobalPost: Dinosaurs may have been doomed before asteroid strike

The group published their findings in the current issue of journal Current Biology.

The scientists conducted their research by scaling the current methane production of modern-day cows. According to Business-Standard.com, "A 90-ton argentinosaurus, which measured 140ft in length, would have consumed at least half a ton of food in one day. After breaking down in the animal's stomach it would have produced thousands of liters of the greenhouse gas compared with a modern cow which only produces 200 liters of methane daily."

This would have accounted for nearly 470 million tons of methane emissions per year.

According to The Telegraph, "Modern ruminant animals, including cows, goats, and giraffes, together produce 45 to 90 million tons of methane."

Before the industrial revolution, methane emissions were around 181 million tons per year, according to the BBC. Now it seems we have caught up with our prehistoric counterparts. Methane emissions today amount to around 500 million tons a year from, "a combination of natural sources, such as wild animals, and human activities including dairy and meat production," says the BBC.