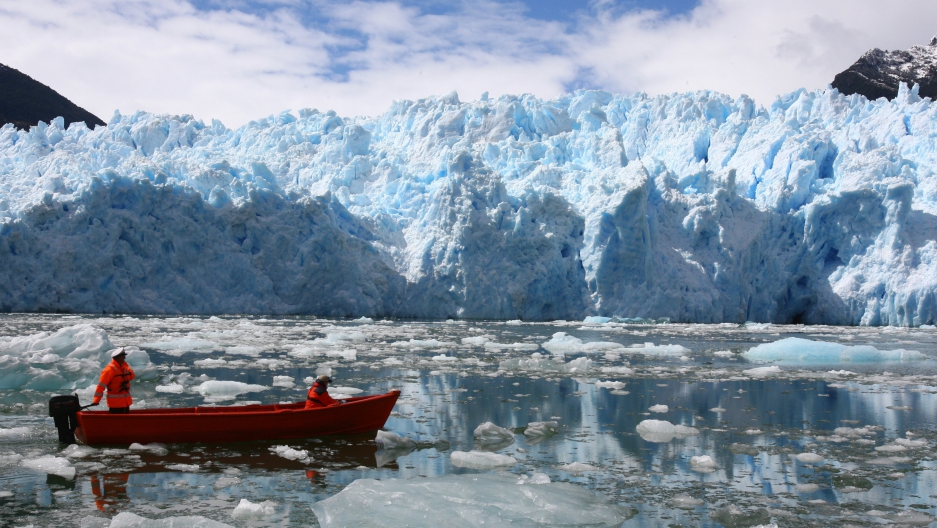 Renowned as one of the last great wildernesses, it is now also the scene of a bitter fight over plans to build five hydroelectric dams that would satisfy a quarter of Chile’s rapidly growing hunger for electricity.

The $3.2 billion HidroAysen project would build three power stations on the Pascua River and another two on the Baker River, in the southern region of Aysen. That would generate a massive 2,750 megawatts of power for the national grid.

It would flood about 14,500 acres. Transporting the energy to the capital, Santiago, would require constructing a 1,200-mile long transmission line, with more than 6,000 pylons.

Unsurprisingly, environmentalists are up in arms. They have formed an umbrella group of more than 60 organizations from as far afield as Spain and California to fight the dams.

“This part of Patagonia is one of the few wild territories left anywhere in the world that is still pristine, harboring a huge amount of biodiversity,” Matias Asun, head of Greenpeace Chile, told GlobalPost. “Why should we now begin its destruction when it is not even necessary?”

That claim — that Chile can do without HidroAysen’s energy — is at the heart of the controversy.

The environmentalists argue that the country should first concentrate on improving its energy efficiency, claiming that could actually save more electricity than HidroAysen will generate. The government insists that both HidroAysen and improved efficiency are necessary.

Meanwhile, everyone agrees that Chile needs more clean renewable sources of energy, such as wind and solar power. The government has even set a national target of generating one-fifth of electricity from such technologies by 2020.

Yet those sources typically fluctuate dramatically. Until better technology to store energy is developed, argue HidroAysen’s supporters, the country must also tap into the cleanest constant sources of energy it can.

For them, that means the Baker and Pascua rivers, whose waters, supplied by glacier melt, flow consistently throughout the year.

According to HidroAysen spokeswoman Maria Irene Soto, the likes of solar and wind simply cannot meet the electricity needs of Chile’s booming economy, growing at 5 or 6 percent a year.

Energy demand is expected to grow a percentage point more rapidly than the economy, meaning the country’s electricity consumption is set to double over the next decade.

“There’s no mystery to it. It is either nuclear, coal or gas, or hydroelectric,” Soto told GlobalPost. “After Fukushima, there is no appetite for nuclear, while coal and gas cause carbon emissions. Renewables are not consistent and are too small-scale. We have to go for hydroelectric.”

The project is a joint venture between the country's largest energy companies Endesa Chile and Colbun.

Its supporters include President Sebastian Piñera, a conservative billionaire businessman, as well as his two center-left predecessors Michelle Bachelet and Ricardo Lagos.

Yet they appear to be losing the public debate in Chile, where 79 percent of the population opposes HidroAysen, according to one poll.

Critics blame that on Piñera, whose approval ratings recently dipped to 23 percent. Since overseeing the successful rescue of 33 miners trapped deep underground in 2010, the president has had a torrid time.

The country’s richest person, he is regularly accused of political clumsiness and being out of touch with ordinary Chileans.

In keeping with his free-market philosophy, Piñera has said it is not the government’s job to make strategic decisions about the country’s energy needs. Instead, he has argued that his cabinet must simply approve or reject the project based on its environmental impact report.

In May 2011, hundreds of protesters clashed with water-cannon-blasting police officers after government officials began moves that would allow construction of the dams.

Environmentalists challenged the project in the courts. But early in April, the supreme court ruled in favor of the project.

Despite the massive pressure, Piñera appears ready to give the green light to HidroAysen. “People deserve more protection than trees,” the president has said. “We are very concerned about protecting the environment, but we are much more concerned about the health and quality of life of the Chileans.”

That has prompted the scorn of environmental groups, who are vowing to launch more mass protests, including joining forces with Chile’s student movement. Those students have regularly brought Santiago to a standstill over the last 18 months with demonstrations calling for a shake-up of the education system.

More from GlobalPost: Occupy World — Chileans take to the streets

“It is political suicide,” Greenpeace’s Asun said of Piñera’s backing for HidroAysen. “Piñera wanted to be president again, after his current term is over, but that is history now. No one in Chile believes he has any chance.”

Now, after years of planning, HidroAysen may finally be about to move off the drawing board. As it does so, President Piñera may do well to prepare himself for yet more of the angry mass protests that have so marked his years in power.