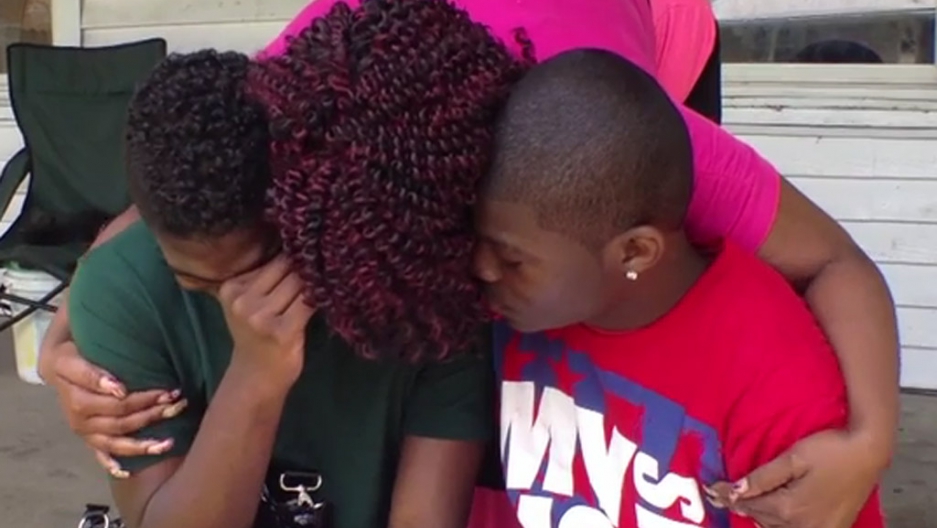 Darnell "Dynasty" Young (left) gets a hug from his mother while talking about being bullied at Arsenal Tech High School in Indianapolis. He faces expulsion for bringing a stun gun to school to protect himself.
Credit: Indianapolis Star
Share

A gay Indiana teen faces expulsion after his mother armed him with a stun gun to protect him from daily harassment from bullies at high school.

Darnell "Dynasty" Young, 17, faced daily harassment from bullies at Arsenal Technical High School in Indianapolis who would taunt him, throw rocks and bottles at him, spread rumors and follow him home, The Indianapolis Star reported.

More from GlobalPost: Family of teen who committed suicide after bullying may receive $1M

After reporting the bullying more than 10 times, his mother, Chelisa Grimes, said she gave her son a stun gun for protection, because school authorities weren’t doing enough, according to MSNBC.

"They said that the problem was he was too flamboyant, with his bags and his purses and his rings," she told The Star.

Principal Larry Yarrell said the school had tried to look into the bullying reports, but Young was not always able to identify everyone who had harassed him, adding they had interviewed staff and students.

The school had been trying to help Young, who transferred there last year, by recommending that he "tone down" his accessories, Yarnell told the newspaper.

Stun guns are not allowed at school in Indiana, and it is a misdemeanor to give a stun gun to a minor.

The school district held an expulsion hearing last week but no decision has been announced, CNN reported.