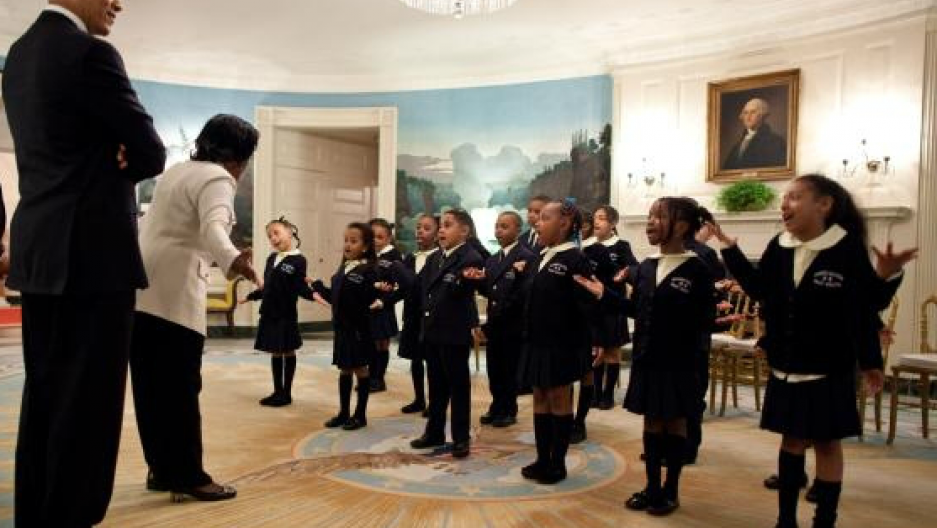 The Obama administration announced a new initiative last week to improve a handful of the nation’s worst performing schools through arts education.

The Turnaround Arts Initiative has chosen eight schools to receive $14.7 million over three years to integrate art, music, dance and theater into their curricula. The experimental program from the President’s Committee on Arts and Humanities, in conjunction with the Department of Education, hopes to prove that failing schools can reverse course by encouraging their students’ creative expression.

While the program has attracted the support of celebrity artists including Chuck Close, Yo-Yo Ma, and Sarah Jessica Parker, not everyone is impressed.

“This is a teeny, tiny little band-aid on what is a giant, national, festering problem,” said Diane Ravitch, author of The Life and Death of the Great American School System. “And it doesn’t begin to address the needs of the schools.”

Ravitch served in the Department of Education in the administrations of both George H.W. Bush and Bill Clinton. She was also a prominent supporter of George W. Bush’s No Child Left Behind law, before becoming one of its fiercest critics in 2006. As Ravitch sees it, the law's stringent standardized testing requirements have forced schools and teachers to obsess over test scores at the cost of teaching critical thinking and creativity.

“The very nature of standardized testing is that new ideas are punished," Ravitch said. “If we have a generation of kids who can’t think for themselves, our whole country is in trouble. Nations that have the highest test scores have the lowest creativity scores. The more we raise our test scores, the more we sacrifice creativity.”

But the solution, Ravitch said, is not more federal money for the arts in schools.

“The funder of the arts should be and must be the local and state governments,” she said.

They, in turn, must consider music and visual arts as valuable as reading and math.